29 May 2018by Wouter MunnichsNo CommentsBrands, Jeans

On the 15th of May an unknown denim collector bought a 125 year old pair of Levi’s jeans for nearly $100K. This pair of original Levi’s jeans failed to sell at an auction in 2016. The jeans is now in hands of a collector somewhere in Southeast Asia. It’s sold for almost a new record for a pair of vintage Levi’s. The jeans is sold through Daniel Buck Auctions. They don’t want to mention the exact price, same as the name of the buyer of the jeans.

Details Of The Jeans

The denim of this old pair of Levi’s jeans was produced at a mill in New Hampshire. The jeans was manufactured by Levi’s in San Francisco. Some details of the jeans are that they only have one single back pocket, right one. The left pocket was attached in 1901 by the brand. It also hasn’t belt loops as men used suspenders back in the days to keep their jeans up. Belt loops were added in 1922. The jeans has a button fly.

About The Previous Owner

The jeans was originally purchased in 1893 by Solomon Warner. He was a storekeeper in the Arizona Territory. Solomon Warner was a one of the first persons who started selling American dry goods in Tuscon. They said that he survived being shot by Apache Indians in 1870. As the jeans has a 44 waist size and a 36 inch inseam you know that Solomon wasn’t a small man.

Solomon wore the jeans just a handfull of times, and were storaged in a trunk. This explains why the jeans is in such a perfect mint condition. It is nearly new.

Original vintage Levi’s jeans are true collectors items and very valuable. In the past a pair of 501 jeans, which dates to 1880, were sold for $60.000 to a Japanese collector. Another pair from 1888 was sold for an amount of six figures. 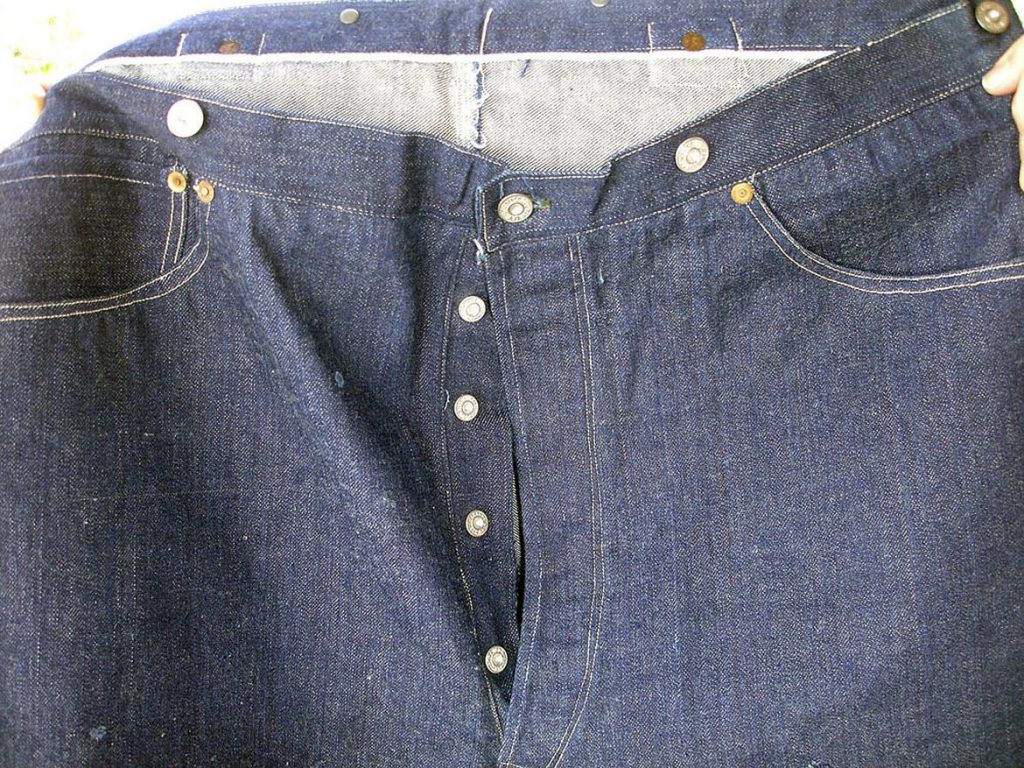