A Look Into The New Denham The Jeanmaker HQ

A Look Into The New Denham The Jeanmaker HQ

Last year Denham the Jeanmaker celebrated their 10-years anniversary. They launched ten special collaborations for their anniversary with Barbour, Norr11, and the Italian denim mill Candiani to name a few. Also, their second coffee table book was launched for this special occasion.

The brand started in 2008 with an office in the downtown city of Amsterdam at the cozy Prinsengracht area. In front of their office and showrooms, they opened their pilot store. This store was actually a sort of a denim museum and inspiration spot too. Next, to their current collection, you could get inspired by denim in general. A very unique retail experience. Within a few years, they opened more stores in the same neighborhood.

Fast forward ten years later and the brand is expanded to countries as Belgium, Germany, China and Japan next to their home country The Netherlands. They didn’t only expand in retail partners, and own Denham stores, also their office became too small for all their employees which have grown into a team of 50 members over the years. This resulted in several offices located in different places in Amsterdam.

Recently they moved to a bigger space, a location where the total Denham experience comes together. The new HQ is a refurbished carpentry factory. Expect roomy showrooms, bar and lunch room, archive section, photo studio, and even their own gym. The new Denham HQ is located at NSDM in Amsterdam. This used to be the ship-building area of the city. Take a look inside their new headquarters. The Introduction of Hen's Teeth by Davide Biondi 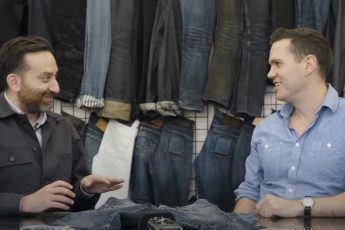 Should I Wash My Jeans By Stridewise & Naked And Famous (Video) 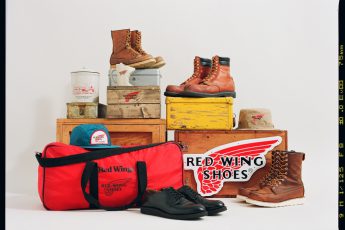