Denim became very popular after World War 2 during the 1950’s. A new period was born for denim as soldiers left pairs of jeans everywhere during war. Youth became a big fan of these denim items as it was something different than they used to wear. It was rebellious to wear these items in daily life as denim was made as workwear in the first place. Only the lowerclasses were seen in these blue outfits.

Denim became really popular when movies appeared on the big screens were actors and musicians as James Dean and Elvis Presley were dressed in this rude boy style. Young people wanted to be as cool as them. They started to wear jeans and jackets to show their rebellious behaviour against their parents and the society.

In 2006 and 2009 one of the most iconic pieces in denim history by Lee Jeans were sold through auctions from James Dean and Elvis Presley.

James Dean played his third and final role in the movie Giant. The movie was shot in 1955 and was released after his death in October 1956. James Dean played against his previous roles as a rebellious young man to great effect, earning a posthumous Oscar nomination for Best Actor.

Below is also a picture attached from the James Dean Museum archive where he’s wearing the jeans for a wardrobe test. This pair of Lee 101z Riders jeans was sold at Heritage Auctions in October 2006 for $35,850. Watch here below the official trailer of the movie Giant.

The Lee 101-J Westerner jacket label shows a label with size 42 regular. They sewn another additional MGM label inside the jacket with all the details as name, job, chest, sleeve and waist information. The full name Elvis Presley is written by hand, just as the other details. There’s also a MGM orange laundry tag attached to the inside of the jacket. The inside of the jacket is stamped in black M-G-M. This jacket was originally sold in the ‘Star Wardrobe’ portion of the MGM/David Weisz auction catalogue. The jacket is sold for $12.552 on Thursday the 6th of August in 2009. Watch here below the official trailer of the movie Kissin’ Cousins. 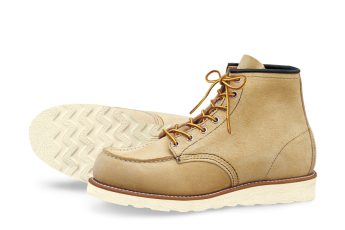