Levi Strauss the man may have been 191 years old this year, but the museum in his birth home turns 20 and part of the celebration will be to host a special exhibition by my friend Ian Berry, who in turn celebrates 15 years working with the material and garment made so popular by the man who emigrated the German town in 1847.

This Sunday (September 13th) Ian Berry will open an exhibition in the museum that looks back over the life of one of the world’s most iconic names, it will also examine the years of Ian Berry’s work crafted out of only blue jeans. 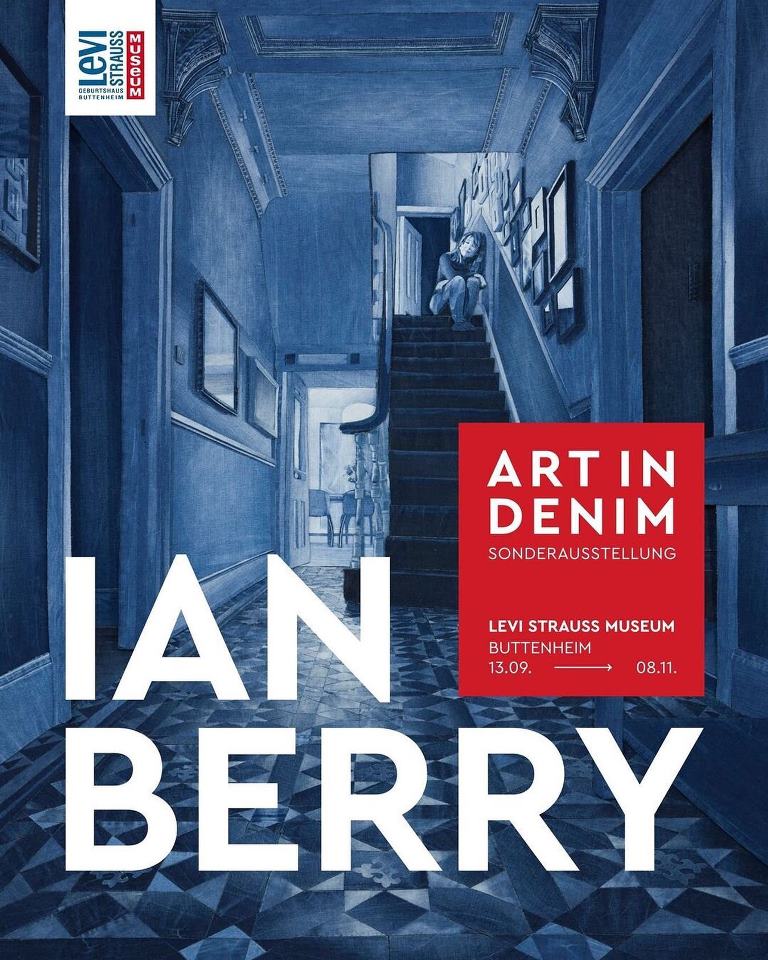 This will commence two years of museum shows for the Yorkshire born artist. Many works will be on display including from the Behind Closed Doors and Hotel California collections that will also come here to Holland, to the Museum Rijswijk in November.

‘When Dr. Tanja Roppelt the curator got in touch with me a couple of years ago it made sense – the old romantic in me loved the idea of the work showing in the birthplace (of Levi Strauss) I love the history of denim, especially that of Jacob Davis and Levi and the Rivet.’

It will be Berry’s first showing of his work in Germany and he will be there to meet the guests at the opening that will of course be under social distancing rules. There will be a projection of his famed #iclapfor project and Ian will be there himself. 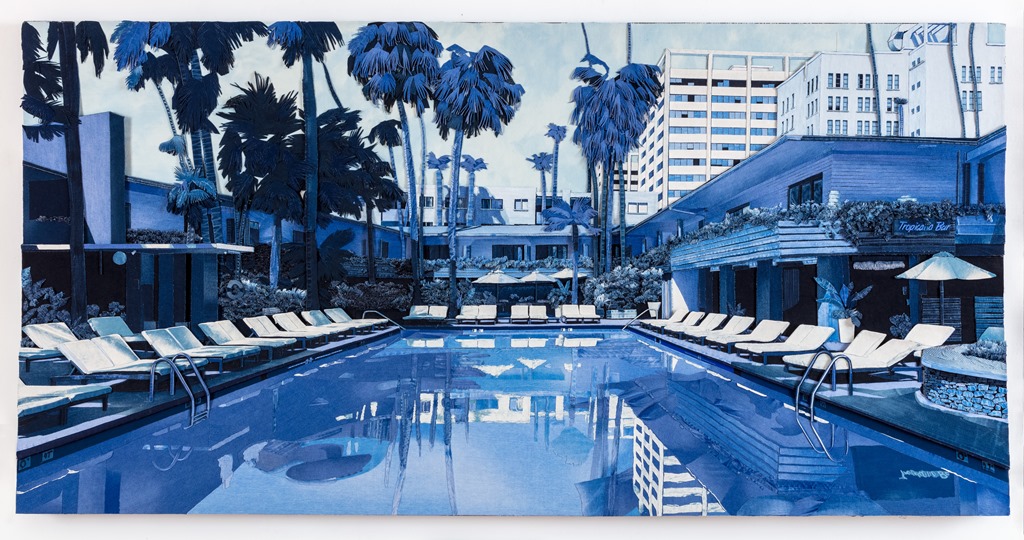 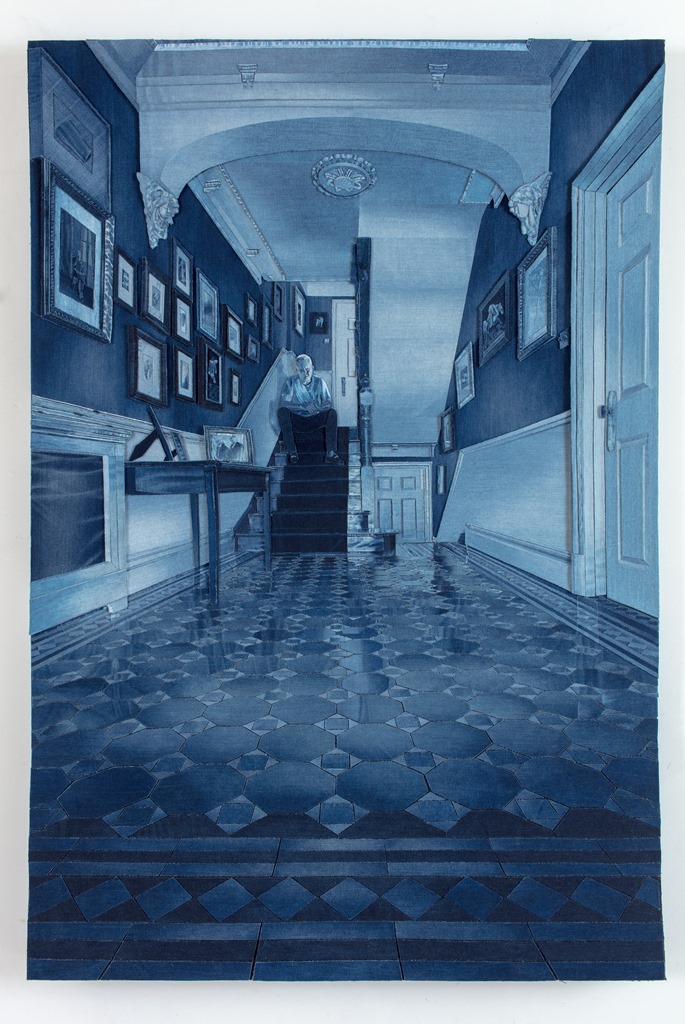 Ian works from photoshoots he either takes, or directs, before he starts to cut up denim. All of the shoots were cancelled in the first week of lockdown so he has had to change his direction for the year. Many people sent him photos of their home isolation. Then, along with his son Elliott, 6, he made the two applauding hands. Clapping for the health heroes had been a big part of British life for the first ten weeks of the Covid period. Ian’s son was particularly captivated and it enabled Ian to explain more what was going on while he was engaged. What started as a personal project between father and son, ended up been beamed all over the world via projections. It covers the whole of the UK and Ireland and was seen as far as Australia, Colombia and Brazil amongst many others. It became the #iclapfor campaign and a short documentary film will be shown at the museum.

Ian is more than the material he works with and during the Covid period his work took on a new life, having spent years portraying isolation. His Behind Closed Doors body of work became life for most of us, he had painstakingly crafted beautiful homes out of only denim but with a haunting scene of loneliness. Even his bar scenes or the work from Hotel California depicted a perception of solitude.

Ian, original from Huddersfield lives and works in East-London amongst thousands of pairs of jeans that he recycles to create almost photorealistic pieces and installations. He has been named a top 30 artist under 30 in the world as well as a Top 50 name in denim worldwide by Rivet in 2019 and now he will show at a historical home of one of the materials of our time. 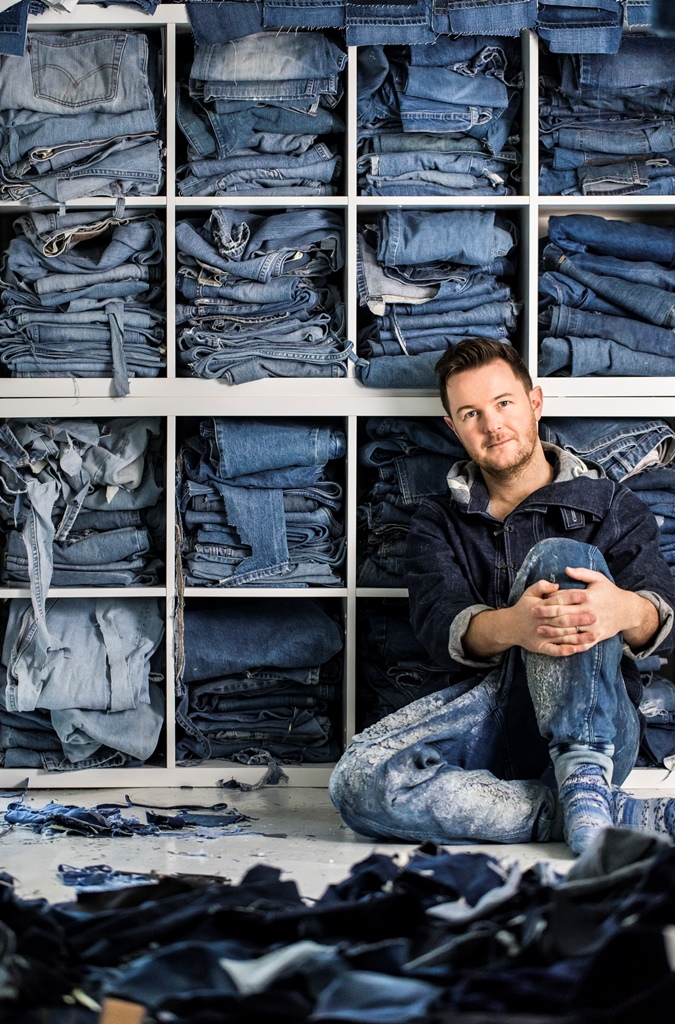 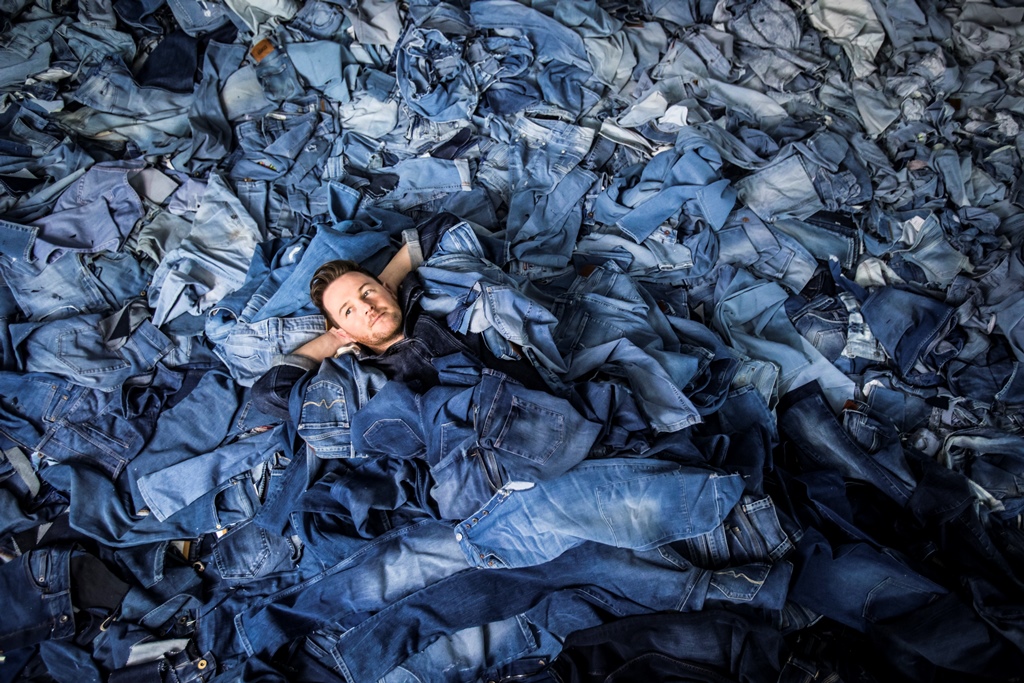 With these times harder to travel, it may be difficult to get to the show (I’m looking forward to the Museum Rijswijk exhibiton) however, even if it will be in future it would be worth it for denim heads to visit the home of Levi Strauss.

The museum opened in September 2000 and revolves around the world’s most famous pair of pants. With the biography of Levi Strauss, visitors can gain an insight into the lives of rural Franconian Jewish Community, the world of the immigrants, the beginnings of the textile industry and of course, all about the phenomenon of jeans. 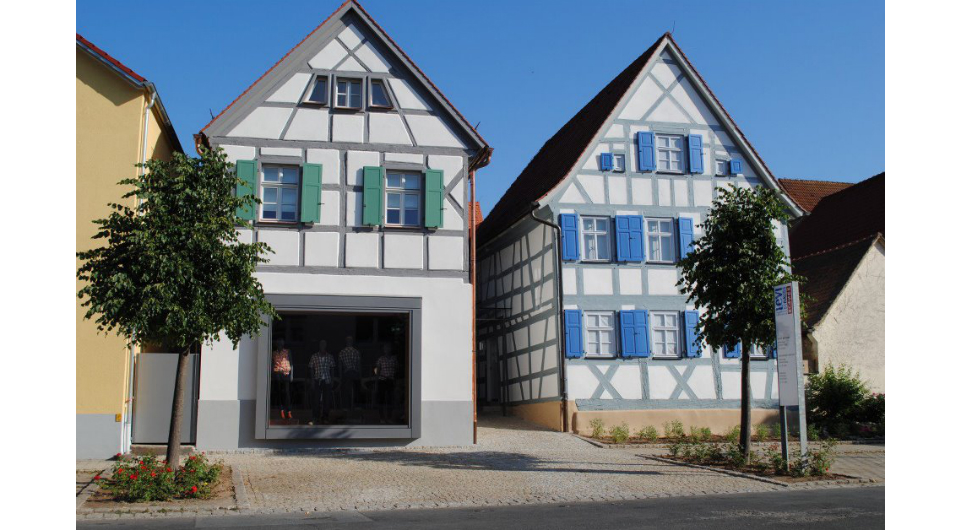 Short films, audio guides (in many languages), moving graphics and a collection of different pieces made from the legendary blue cotton cloth show the development of the jeans that serves as a meeting point for the curious, collectors, specialists and jean-wearers of every age.  The museum also shows the struggles of a Franconian Jew in the 19th century, the hardships of a German immigrant in America, the boom of the textile industry and the history of jeans, all while honouring the tremendous accomplishments of Levi Strauss the man. 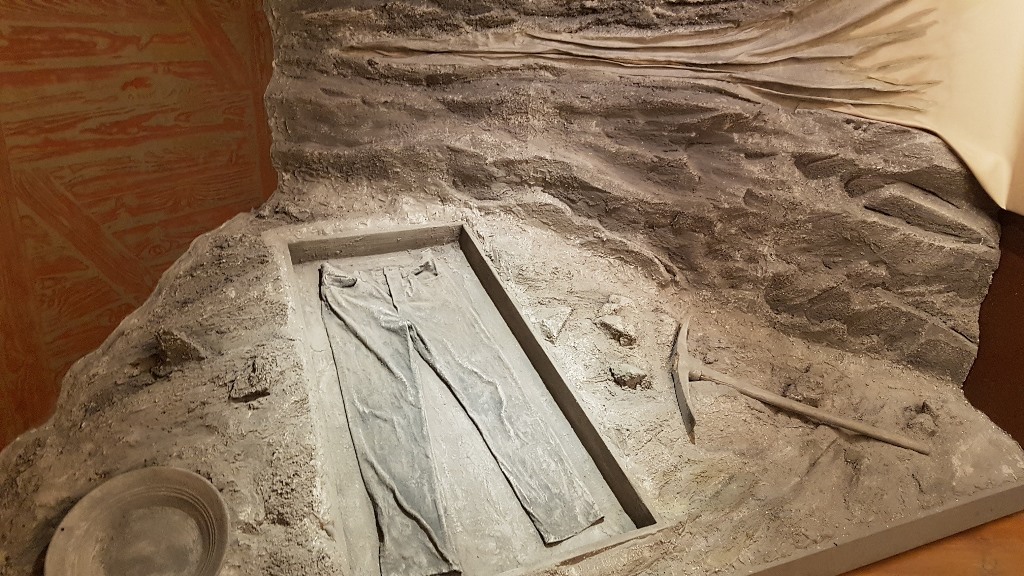 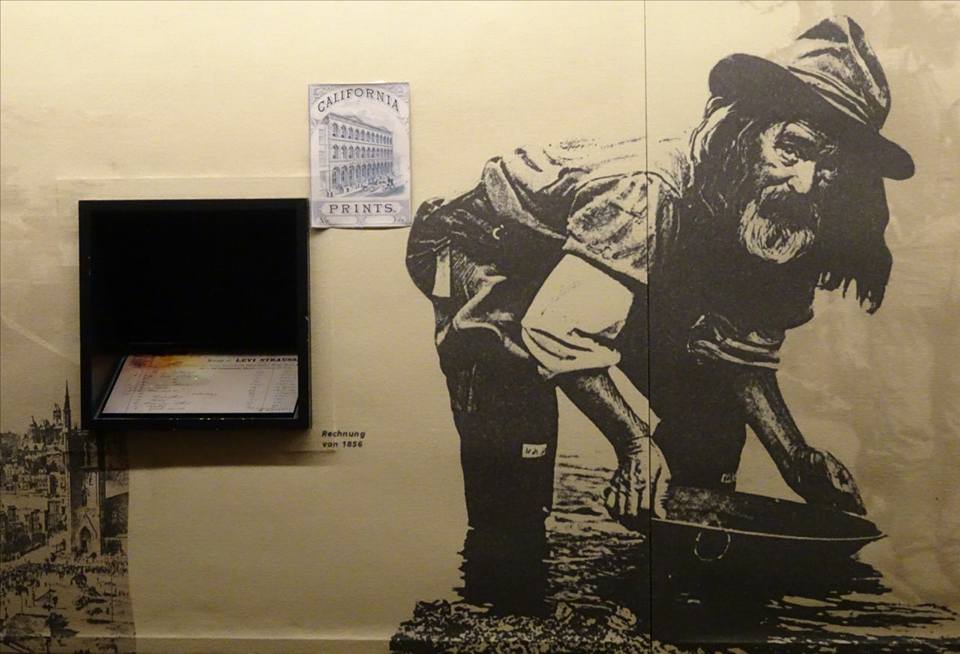 Levi Strauss was born in Buttenheim, the town being in the Upper Franconian district of Bamberg. He was born with the name Loeb in 1829 and in 1847 he would emigrate to the USA and by 1850 took on the Americanized name Levi – and what would become one of the most famous brands in the world.

Levi Strauss house was still standing and is one of only a few preserved objects from his life and one of the oldest houses in Buttenheim. The district council decided to buy the house in 1987, which was built approximately in 1687 and today is classified as a historical monument. An wide scale renovation of the dilapidated half-timbered house began, during which the house of birth of Levi Strauss was reconstructed as true to the original as possible.

With the help of Levi’s great-grandnephew, Dr. Douglas Goldman in California, the museum was ceremoniously re-opened with an extension on May 21st, 2011, marking the beginning of a new phase in the museum’s history.

When the museum first opened back in 2000, hardly anyone anticipated its rapid success. Nevertheless, both museum guests and professionals has seen the Levi Strauss Museum become a popular success. Every year, thousands of people visit Buttenheim from all over the world in order to experience the museum and see where the idea of jeans all began.

Happy Birthday to them! 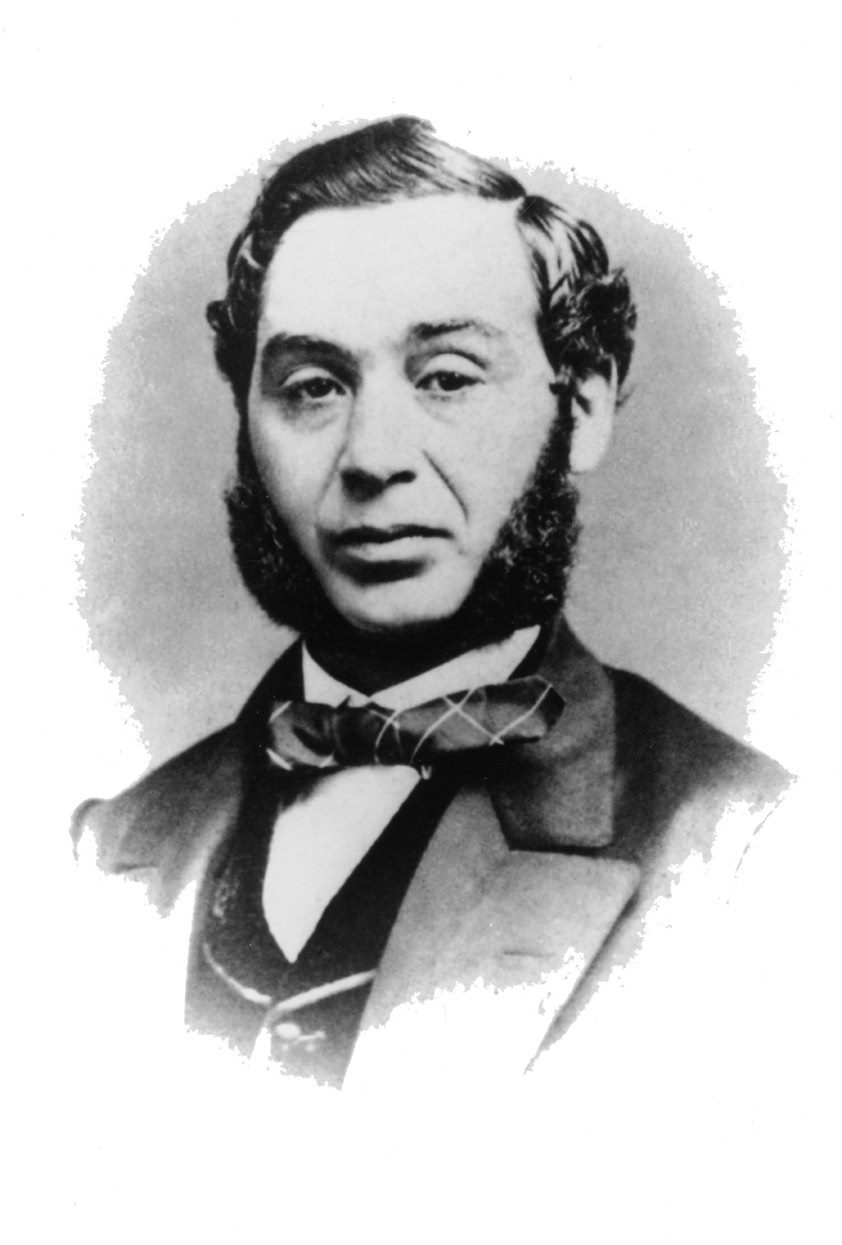 Details Of The Expo