The history of a Levi’s Jeans icon

One of the most iconic denim jackets ever made is the Levi’s Jeans jacket Lot Number 506XX. The 506XX jacket was originally introduced in 1905 (read the full history of the 506XX jacket here). The follow-up jacket was the 507XX, also known as Type 2, by Levi’s. The 507XX jacket is the modernised version of the 506XX. The most important switches in this follow-up jacket is that its less boxy than the 506XX, a little bit longer, they added two breast pockets instead of one and removed the cinch back. The Levi’s 507XX jacket is also called Type 2 as its the second denim jacket introduced by Levi’s. Officially the jacket was introduced in 1953. This same year Levi’s introduced their ‘two side’ Levi’s Red Tab. This means that the word Levi’s is written on both sides of the legendary Red Tab. The first editions of the 507XX jackets were produced with leather tags in the neck. The later versions have the paper tags. They switched the leather patch into paper tags as its cheaper in production so it was better for the growing denim competition in the market. The Levi’s 507XX jacket became the ultimate worker jacket for cowboys, farmers to complete their Tuxedo style. After World War 2 a lot of young people were starting to wear jeans in their daily life. They were the rebels who saw soldiers wearing them in their spare time. Until the fifties jeans wasn’t a fashion item, it was only made for labours and allowed for labours to wear them during their work. People from the lower class were wearing denim, so it was very uncommon what these young kids did. The youth was also inspired by the upcoming film industry where rebels as James Dean in ‘Rebel without a cause’ and Marlon Brando in ‘The Wild One’ were dressed in double denim, white t-shirts and a pair of boots. Later in the early sixties even Marilyn Monroe was spotted in double denim suits.

In 1973 the film Badlands came out with actor Martin Sheen. Martin Sheen has a kind of James Dean look in this cult film. He’s wearing a Levi’s 507XX jacket and a pair of 501XX jeans. One of the best parts of the Badlands film is the scene where Martin Sheen is doing the ‘denim flip trick’ with his 507XX jacket. Check it here;

Next to actors also singers where inspired by the cool blue jeans suits. One of them was the Rock and Roll legend Elvis Presley. Elvis entered the music industry around 1954 with his single ‘That’s Allright’. His follow-up came in 1956 with ‘Heartbreak Hotel’ which was a number 1-hit in America. This stimulated also the kids to wear blue jeans as the new Rock and Roll music movement was very progressive. The fifites is also known as the Golder Period as a lot of new denim brands entered the market as the economy started to grown again after World War 2. In this period also the first denim stores opened their doors to sell jeans outside of America. Soon it became so popular that everyone was wearing jeans. The original vintage Levi’s 507XX jackets became true collectors items. As the jacket was produced between 1953 and 1962 it wasn’t so long available in the market if you compare it to the other jacket styles from Levi’s. Later they re-produced the 507XX again with the Levi’s Vintage Clothing collection. Amongst denim collectors its still one of the most popular styles, next to the Levi’s 506XX jacket. Some collectors only collect the 507XX style as its more than just a denim jacket. It also represent a very important period in the denim industry. The value of an original jacket is determined by the condition. The better the condition the higher the price. Every now and than you can spot originals on eBay. Denim collector and advisor Yutaka Fujihara from Japan with an original vintage Levi’s 507XX jacket. Yutaka is the shop manager of the famous vintage store BerBerJin in Tokyo. Yutaka made the 501XX – A Collection of Vintage Jeans book as a kind of homage to the Levi’s brand. The book shows 51 unique and rare 501XX examples between 1890 and 1966. Read and see more about the book here. Image via BerBerJin.

The original Levi’s 507XX jackets can be spotted in very different kind of conditions and blue shades. Most of the originals are worn for many years and washed many many times. The original dark rigid colours of the jackets changed into light versions with natural fadings. You can spot them also with biker patches on it as a lot of motor clubs were started after World War 2. They added patches on their jackets to represent their club. Below some original versions from my private denim archive: kids version, biker cut-off version, worn-out version and a paper tag version. 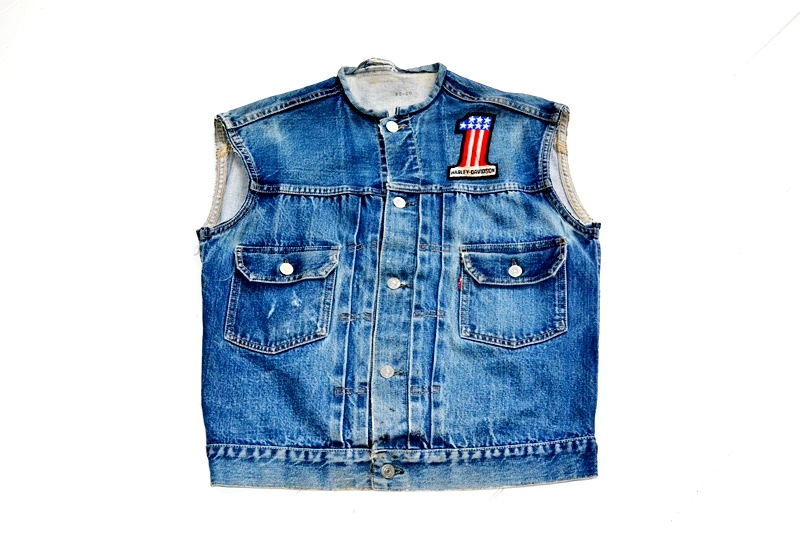 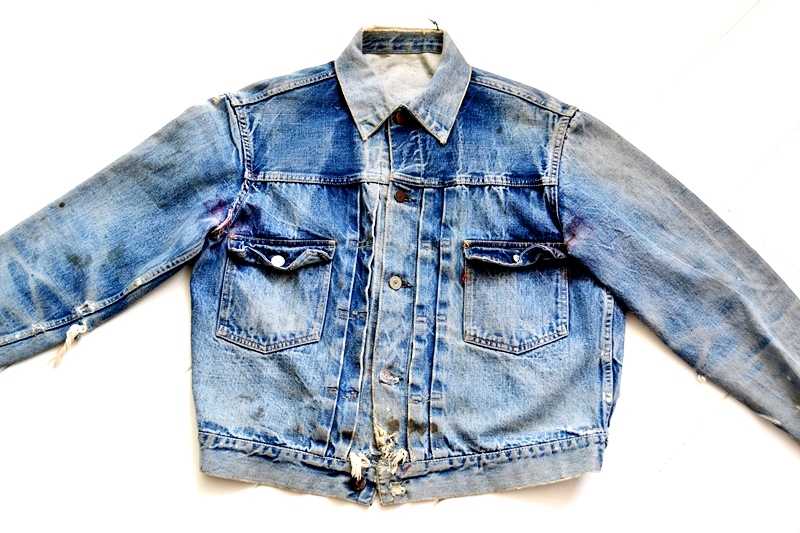 The Levi’s 507XX jacket is still available through the Levi’s Vintage Clothing (LVC) collection. They made an exact replica of the original with all the specific details. The rigid versions are also still made in U.S.A., just like the originals from the ’50’s. The details from the LVC reproductions are; The Levi’s 507XX – Type 2 jacket is available at the online store Cultizm. Check it here.