Limited To 150 Pairs Only

As a follow-up on last week’s special Red Wing Shoes launch at their European stores of the Chukka 595 and the Supersole 8-inch 2233, here’s another limited-edition: 87520 Moc Toe. This Moc Toe boot style has the nickname ‘Chop Top‘ and is limited to 150 pairs only globally. 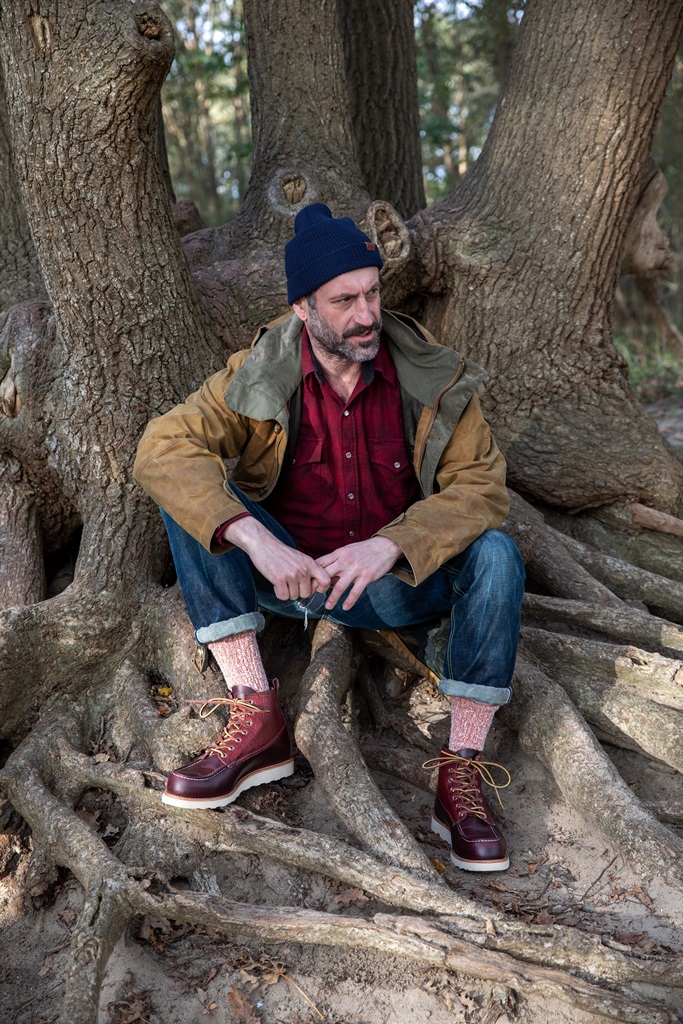 The launch of this special Red Wing Shoes boots style was originally planned for June 2020, but due to the Pandemic, production, shipping, and delivery changed. The brand needed to stop the production of all its special products and focus on its core styles. Now, it’s time to release these specials at the Red Wing Shoes stores in Europe. 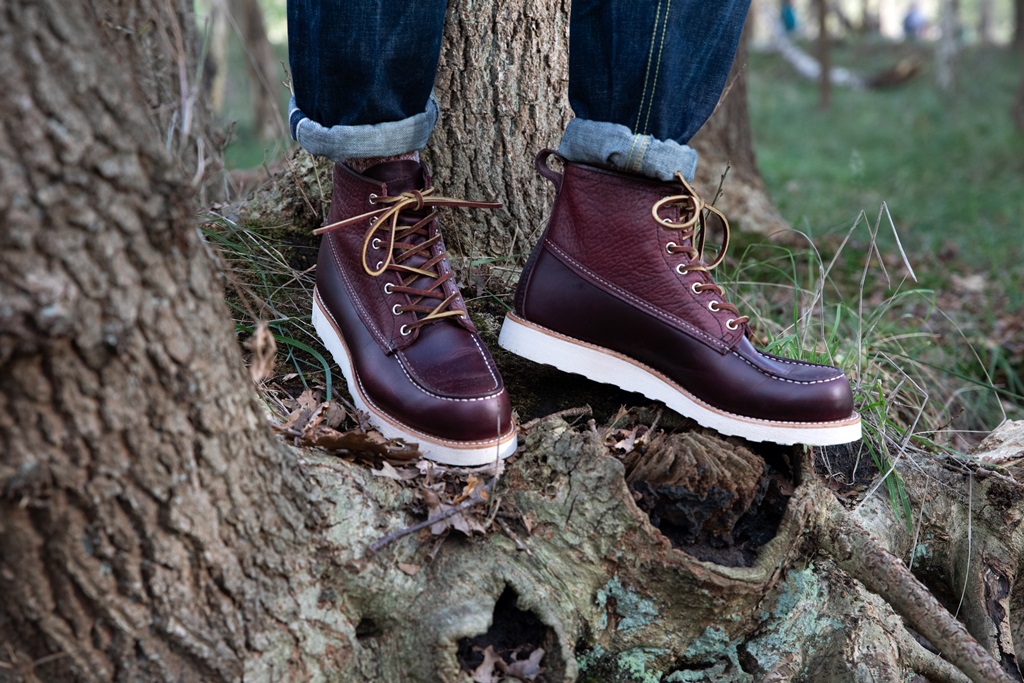 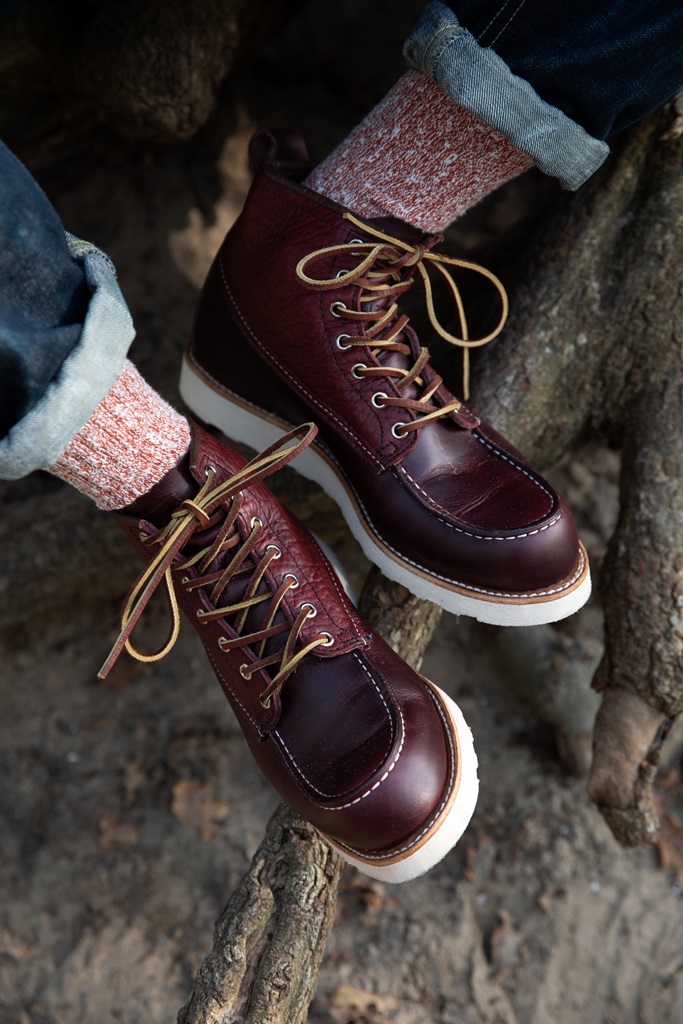 The new 87520 Red Wing Shoes Moc Toe is also nicknamed the ‘Chop Top‘. The nickname comes from a group of Red Wing wearers that loves to wear the brand’s cornerstone 877 style as they prefer this construction, but then as a 6” version. So, they were going to a local repair shop to chop off the top of the boot, so the 6” version style was born.

With the release of these 87520 Chop Top boots, Red Wing Shoes honors this group of people that started to create these unique boots. 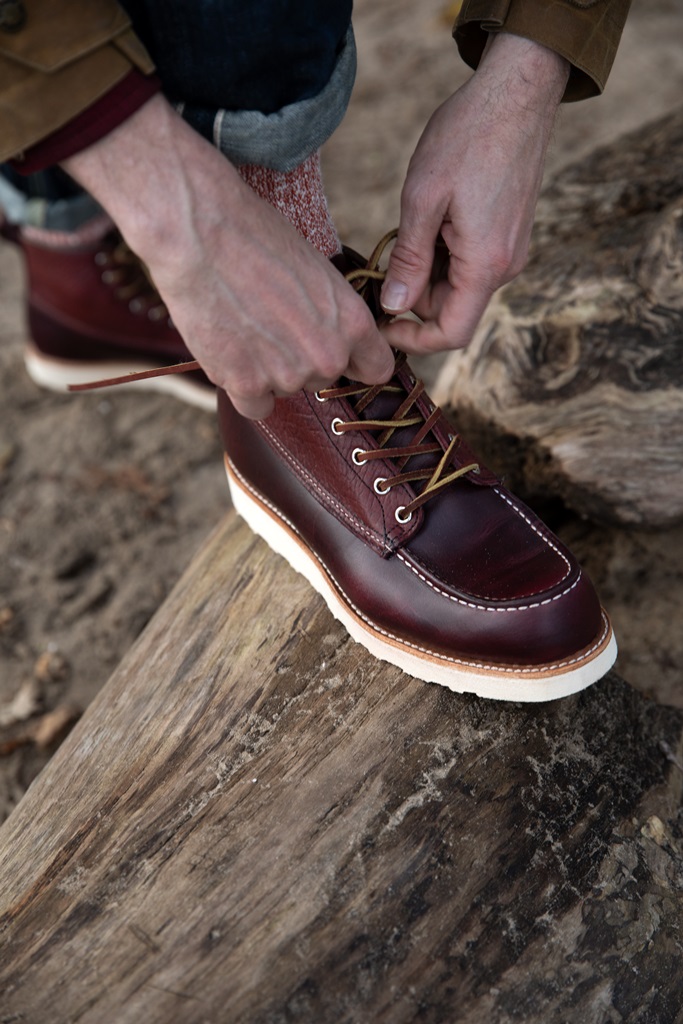 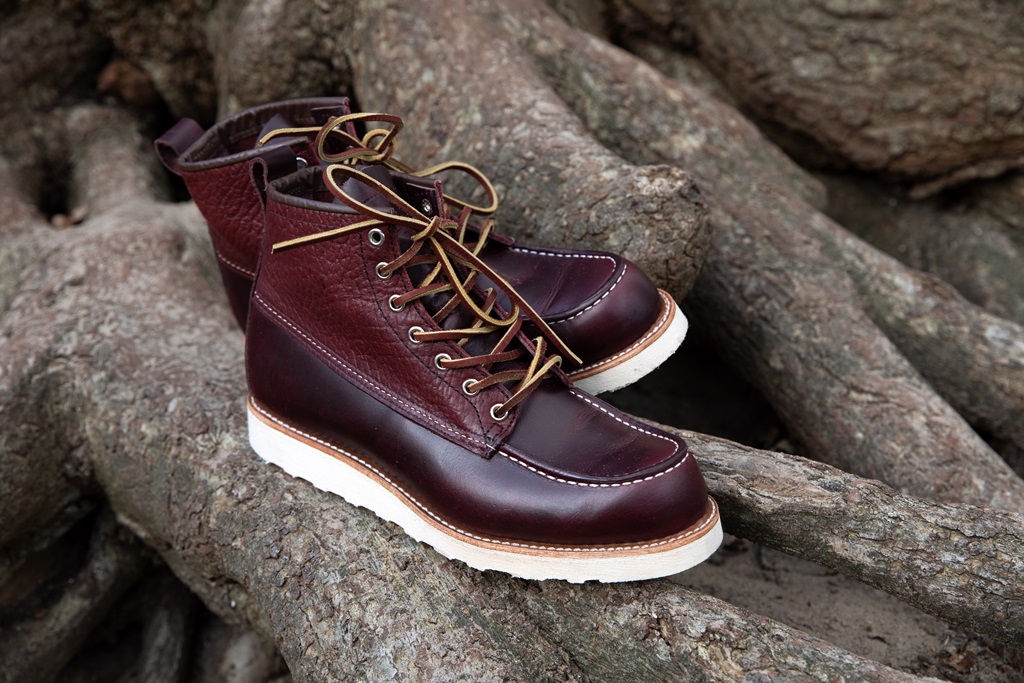 The Leather Of The Boots

For this version of the 87520 Moc Toe’s, Red Wing Shoes used Excalibur and Buffalo hides. With wear this combo becomes buttery-soft and the Buffalo hide will form and mold around the ankle better than any leather the brand is using in its collection. The Buffalo hide was first introduced when they gifted their Japanese Red Wing team with a pair of 877s with the same leathers after achieving the ultimate milestone of selling its millionth pair. 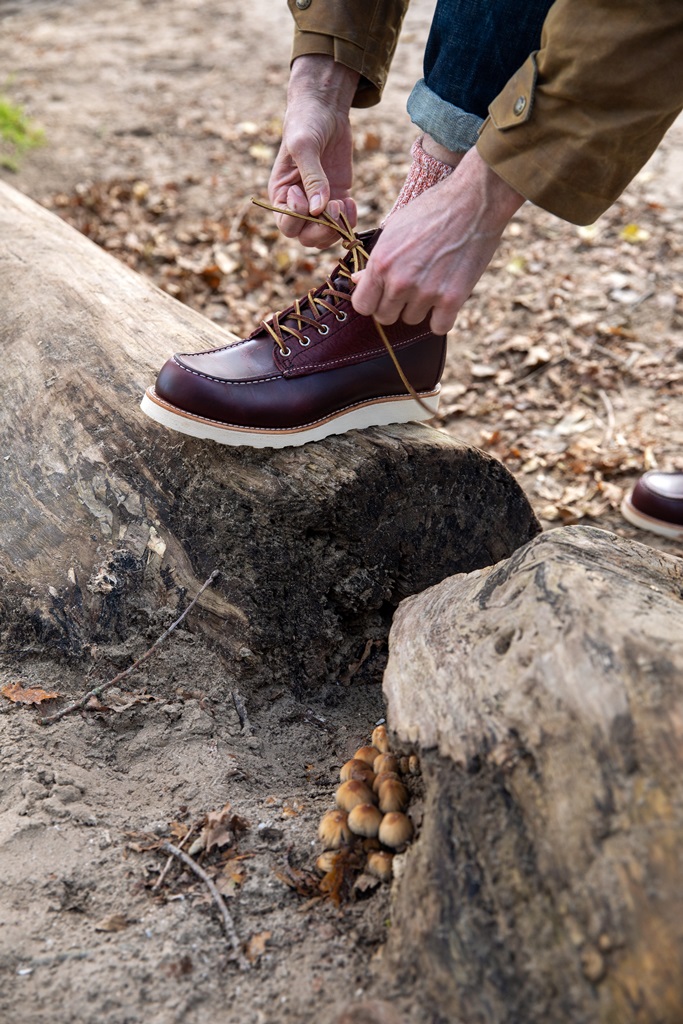 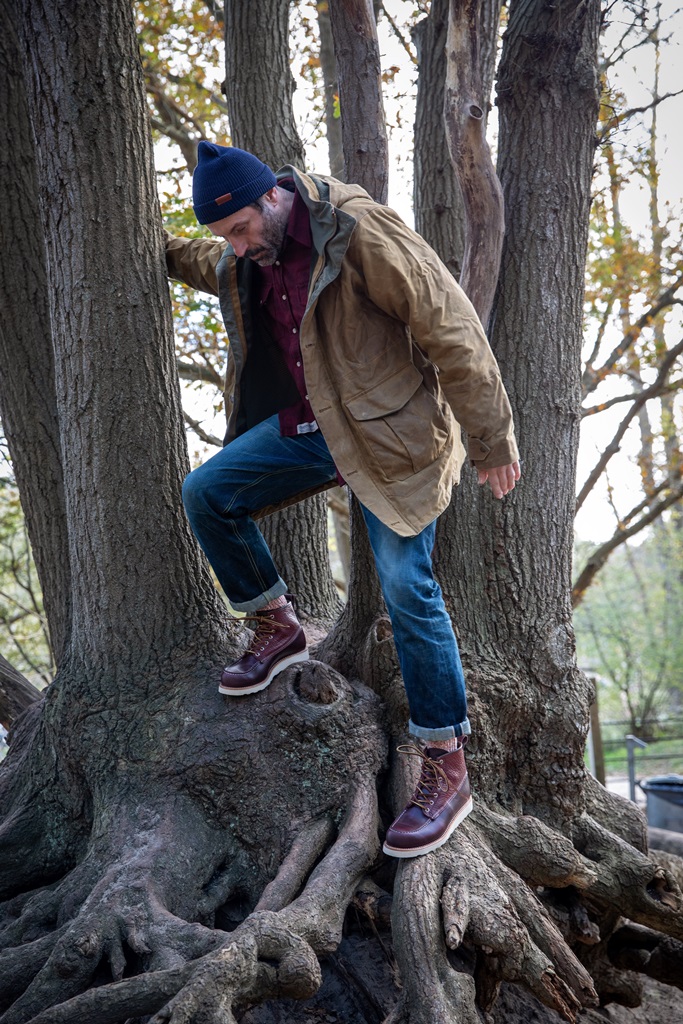 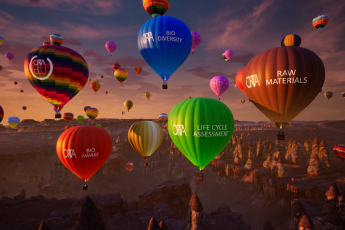