The Start Of The Gold Rush

The denim story started back in the mid of the 1800s when people discovered gold in the mines of the San Francisco area. When Levi Strauss noticed this he decided to develop strong worker pants for the miners, and in 1873 he and his partner Jacob Davis came with the revolutionary rivet. The patent of the rivet changed and influenced the entire denim industry. The rest is history…

Nowadays people are still diving into mines, but not to discover gold, they’re hunting on blue gold, old pairs of miner denim pants, that were left in the shafts when they closed down. That denim fabric is such a strong material is a fact as some of them survived almost 150 years in those mines.

An Email From Shane Tapp

Quite often I receive emails from people with questions about their vintage discovered piece of denim. And, sometimes there’re some extraordinary stories and questions, the story of Shane Tapp from St George, Utah is one of them. It started when he sent an email in April with the question if I could determine and tell more about the Levi’s button that he pulled off from an old jacket that he found in the Nevada area. I saw immediately that it was a very old button, but I said that this question needs more expertise, so he reached out to Tracey Panek, the historian from Levi Strauss (read more about Tracey here).

I stayed in contact with Shane Tapp as I was curious to hear how this story would continue…And, today I’m very pleased to share the entire story, and where the jacket ended. 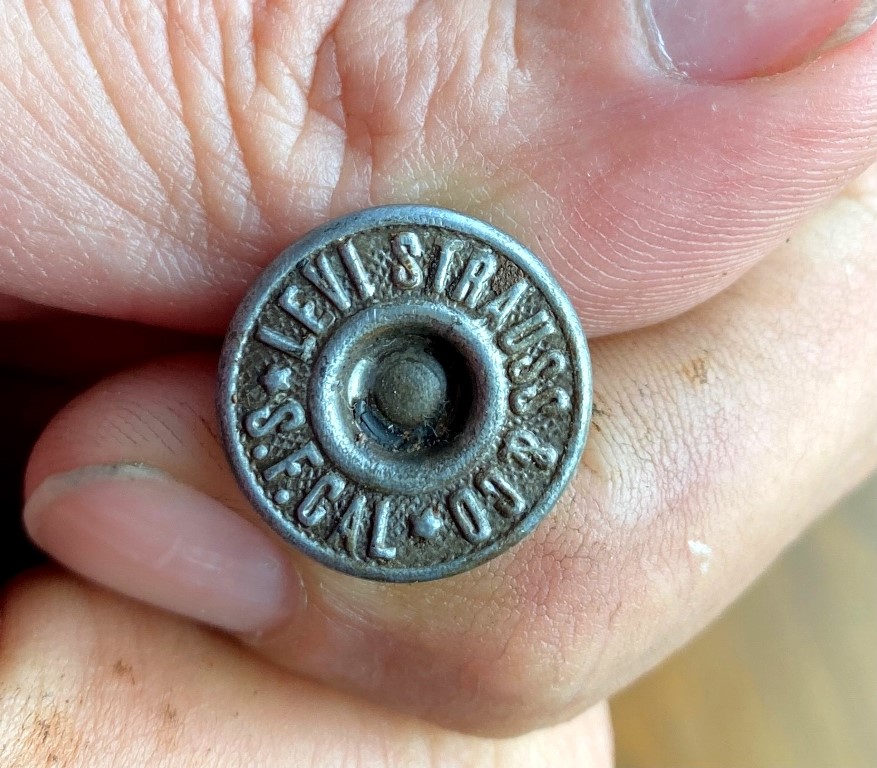 The Start Of A Blue Gold Story

The story begins when Shane Tapp was rockhounding with his seven-year-old boy Phoenix in Nevada. He used to go to the so-called Ghost Towns in his early years with his father to find old bottles. Now, he’s doing this hobby with his kid, as he knows tons of places to go, but he’s doing rockhounding instead of hunting on bottles.

One day he was out and looking for crystals and cool rocks, and it was already late in the day. He was getting ready to head home but was walking around up by a mine. He noticed a pattern of grey rocks that were in a circle about 2 feet round. It struck him odd as the rest of the tailings was dirt in that area. So, he took his mini handpick and swung it into the middle of the rocks to scrape them and dig into them. His handpick latched onto something fabric and as he pulled up out the rocks and dirt this material emerged. He wasn’t sure what it was but then he could see Levi’s buttons. He saw immediately that one sleeve was missing, and the other sleeve had a gnarled-up hole, but the rest of the jacket was in decent shape. Not thinking too much of it but curious he was he took one of the top buttons out back home and he left the jacket there but covered it over with rocks. 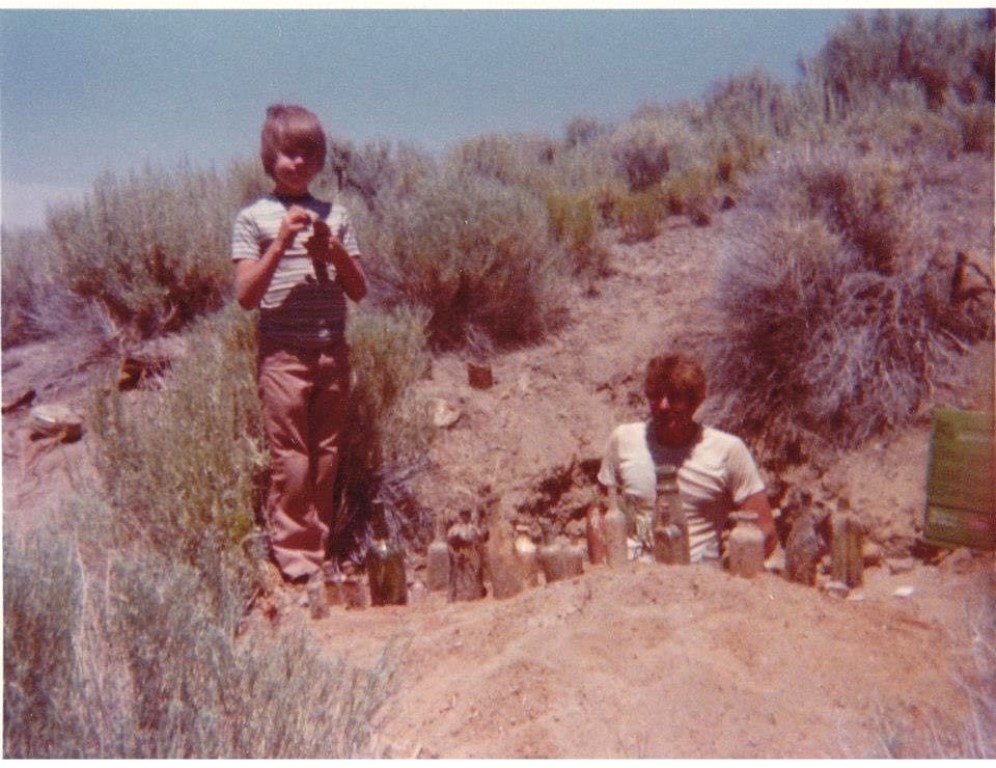 Shane Tapp in his younger years searching for bottles together with his dad.

Searching The Internet For Information

Back home he cleaned the button and started to research on the internet. Soon he realized that the button was old, real old, like pre-1900s. He photographed it and send it out to some denim people, and vintage hunters worldwide. That’s also when I jumped into the story as he also contacted me and asked if I could tell him a bit more about his discovery. He soon learned that it wasn’t maybe the oldest, because they had the year on them, but people were immediately blown away by his treasure. After many confirmations that it was a really old Levi’s button, he decided to go back to get the rest of the jacket.

In the meantime he had also contact with Tracey Panek from Levi’s, and she noticed from the pictures that one of the sleeves was too perfect cut off, so she thought that after the jacket was damaged they used one of the sleeves to fix something else. Something really common back in the days. Sometimes they used it to repair a pair of jeans (called waist overalls than), jacket, or even for something else in the mine like a candle. 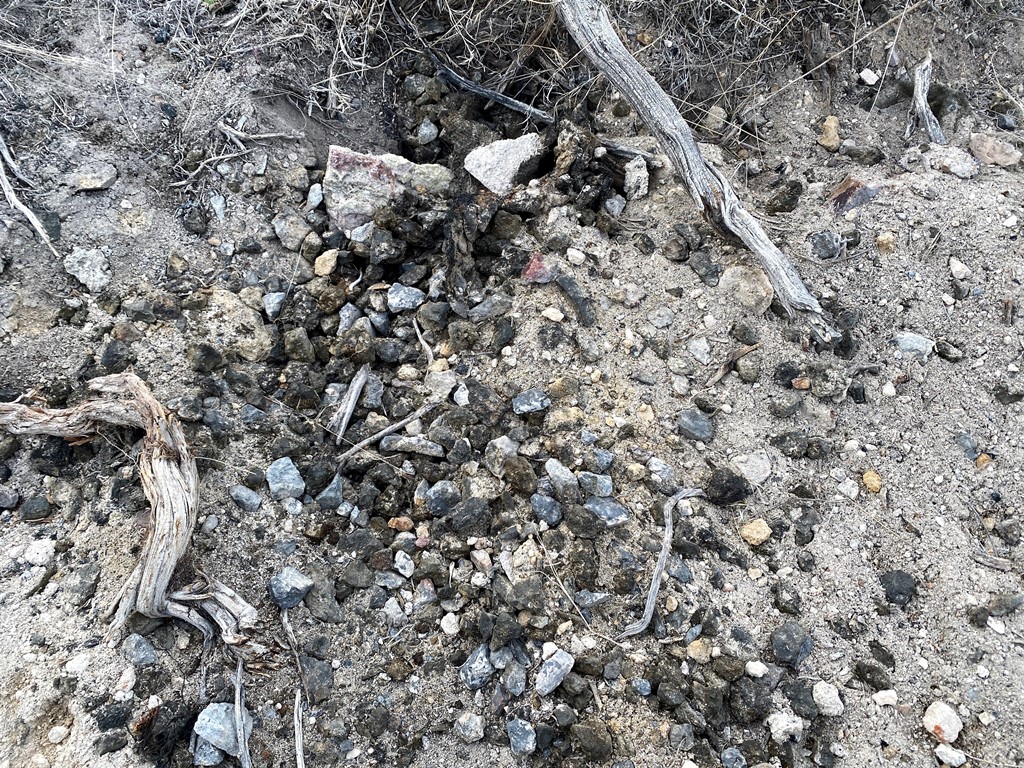 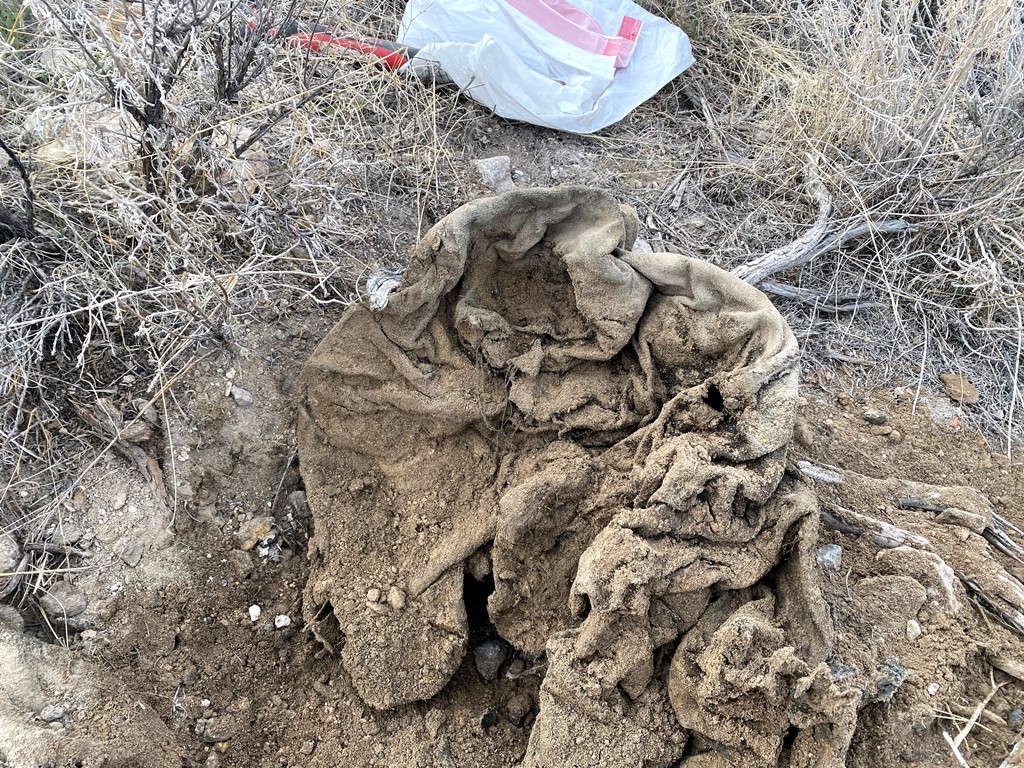 Back To Get The Rest Of The Jacket

The jacket sat in the mill and got covered in oil and eventually was used as a basket to haul a bunch of rocks out the size of medium-sized gravel that had a tar-like coating on them. He figured this out because the gravel was only in the jacket area, that’s why he only saw a circle. The oils and tar preserved the jacket as it sat in dirt for all those 120+ years.

He never found the lower button of the jacket, but the jacket was found with another Levi item that didn’t have oil and tar on it but was in horrible shape and only a scrape. Well, he had tons of people wanting it in the meantime, but he already decided to speak further with Tracey from Levi’s. At the beginning of June, she came to visit him at home to investigate if it was a genuine piece. Luckily her sister is living only 12 minutes from Shane, so she could easily combine both visits. He promised to hold the jacket for her so she could see it with her own eyes.

Meanwhile, he also had another person who got interested in the jacket but was trying to act like it was nothing and to get his hands on it. But, as said, he already promised Tracey to have a look first, and more importantly, they already made a deal via telephone if the jacket was an original Levi’s. 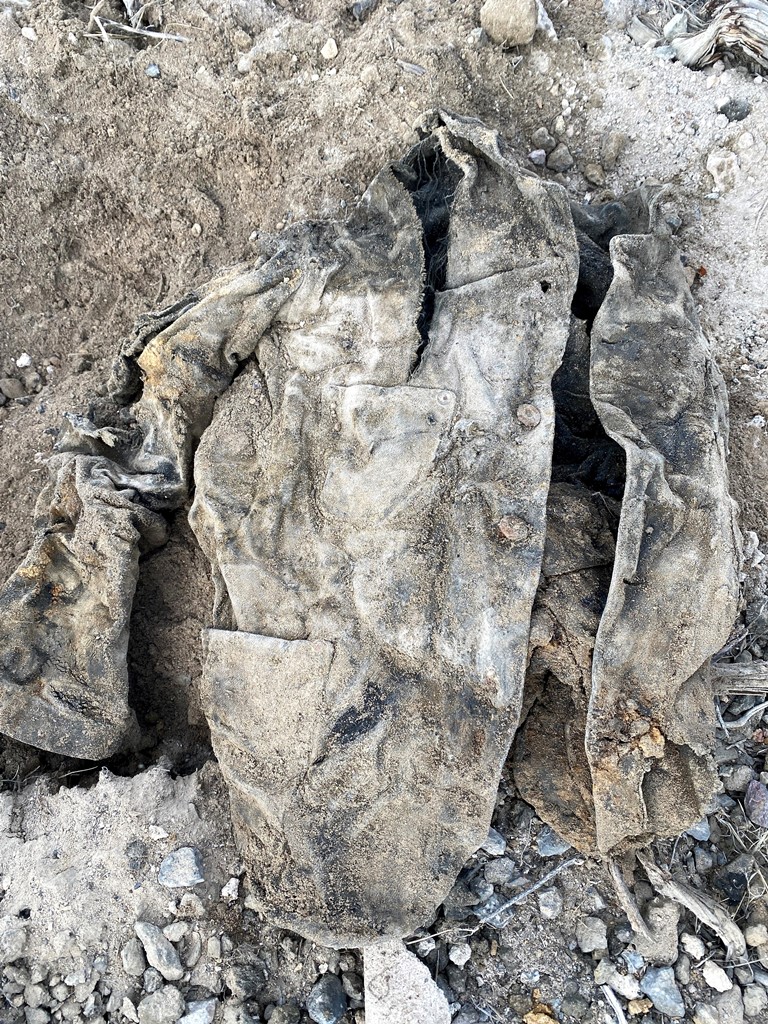 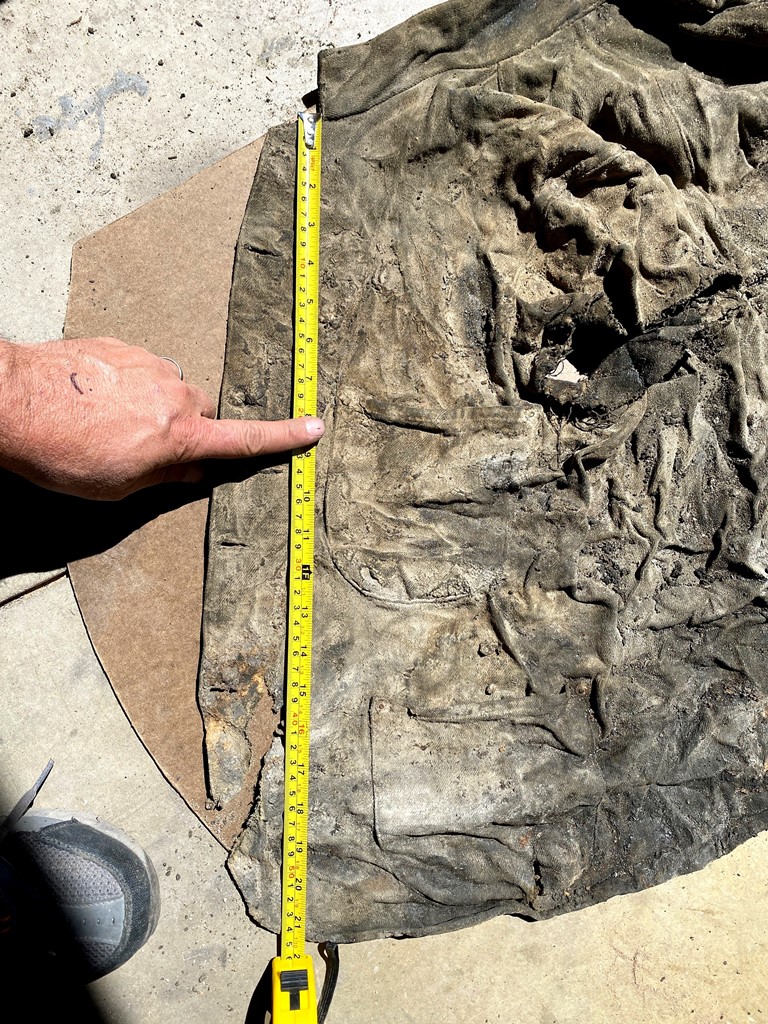 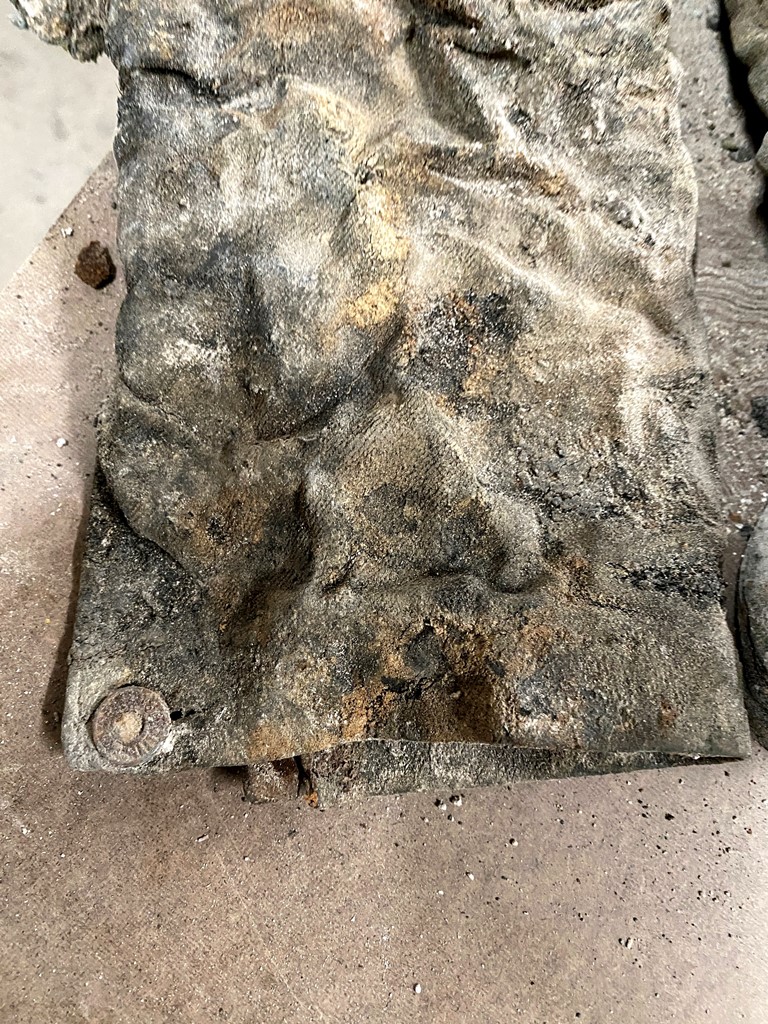 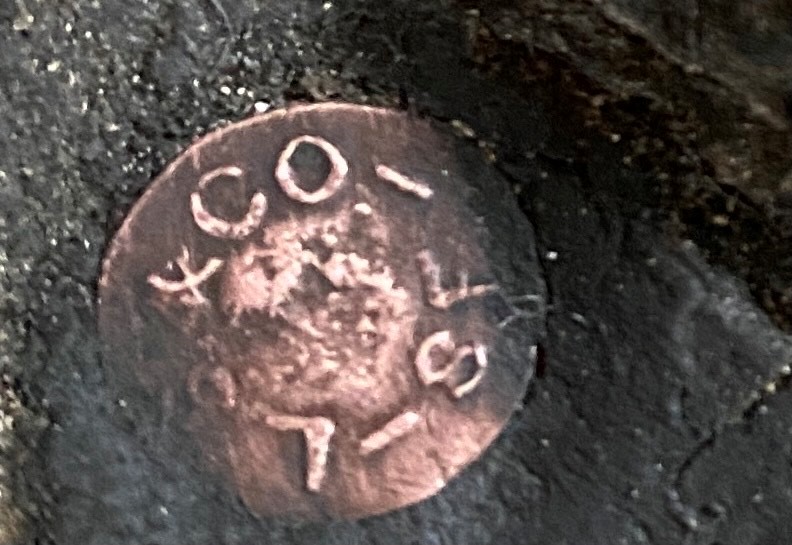 Arrived at the house of Shane, Tracey took her time to inspect the jacket, and she was telling in the meantime that people sometimes are fooling with adding old buttons on replicated old look garments to get a high amount for it. But, not today, as she agreed that the jacket was true authentic, so the real deal! We’re talking about Blue Gold! She said that it’s a truly rare item as they don’t have it in Levi’s archives yet. This because their archives were destroyed due to the earthquake in 1906. They had to rebuild their archive piece by piece, and this item was still missing, until that day. 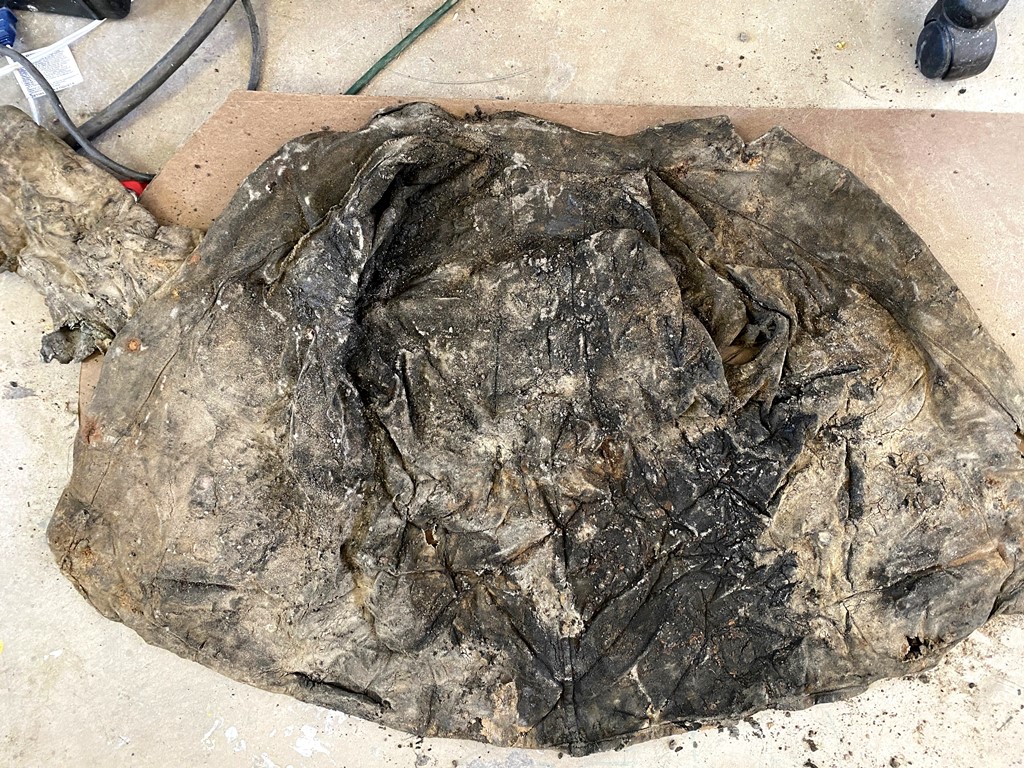 Part Of The Levi’s Archives In San Francisco

Now, the original Levi’s Sack Coat is part of the legendary Levi’s archives. It’s not the oldest Levi’s jacket that is still alive, but it was one of those very rare missing parts of their long history. It’s now in their vault, where all the most important historical Levi’s pieces are kept safely, so their designers can use it to reproduce it for their Levi’s Vintage Clothing collection for example. 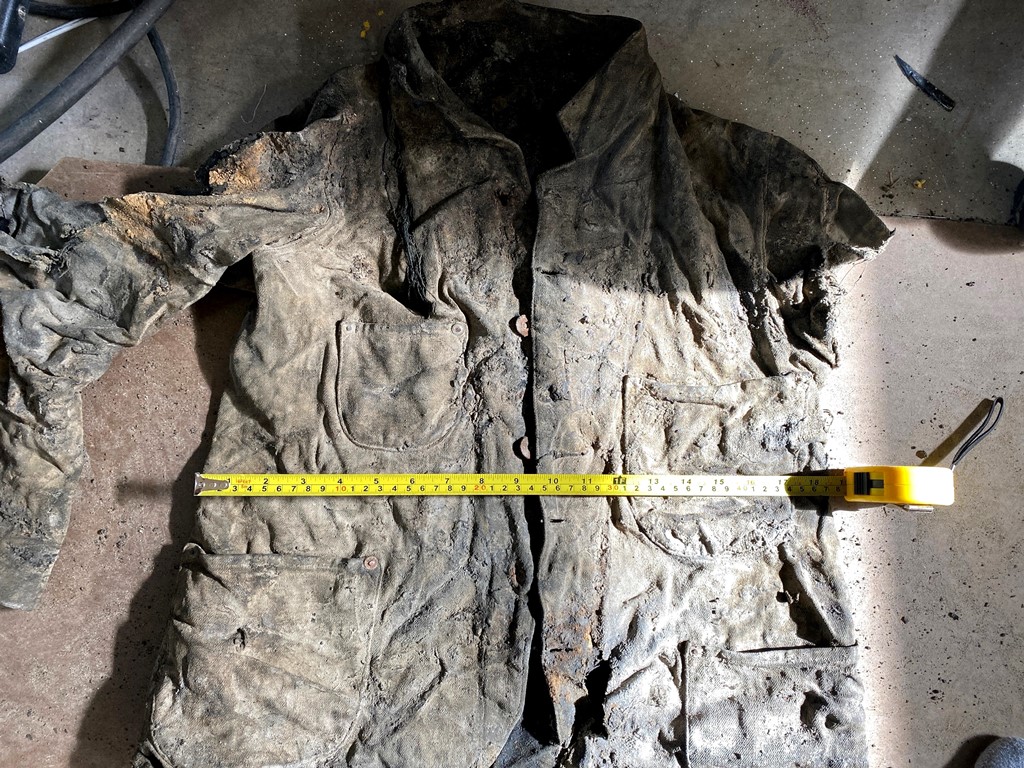 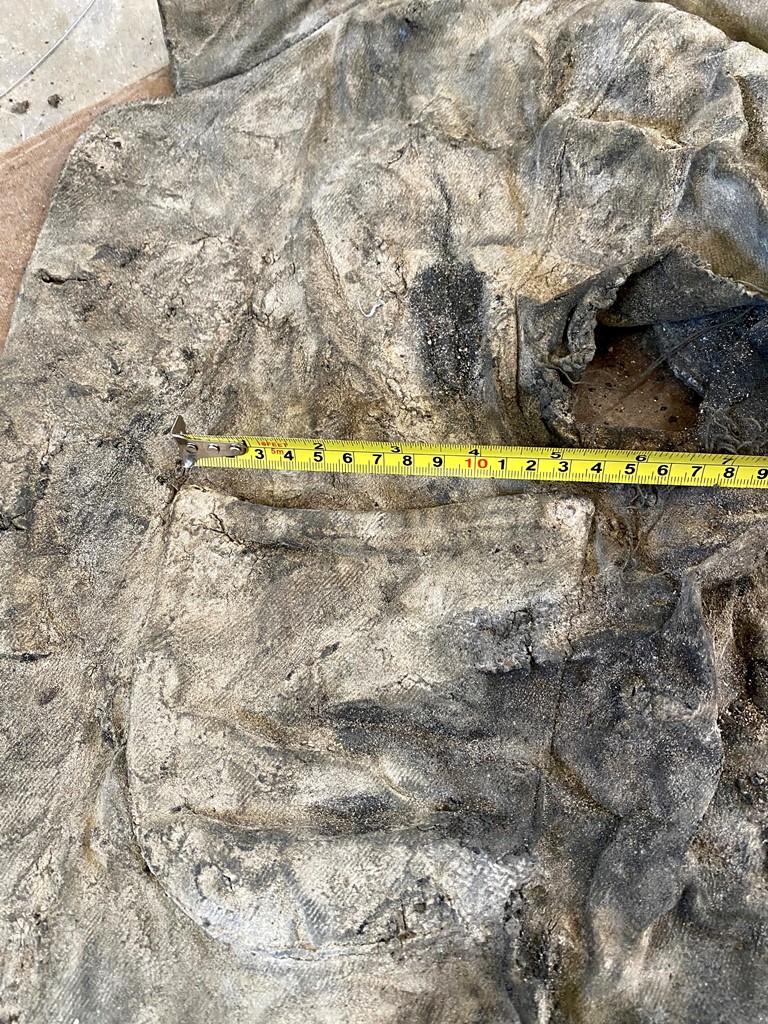 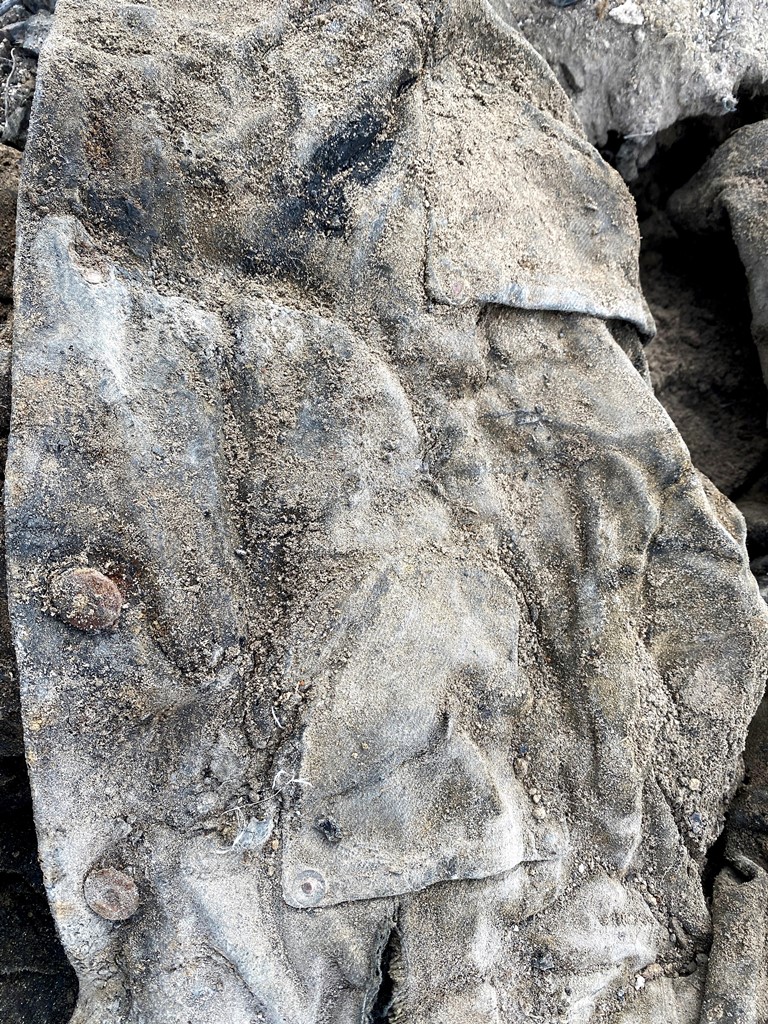 A Message From His Father?

Of course, maybe Shane could make a better deal, but his mission was to bring back this historical item where it belongs, the Levi Strauss family. It was a once-in-a-lifetime blue gold treasure find and experience. Tracey came on Shane’s birthday, where he handed over the jacket. He had to think of his dad, who passed away, but who may be directed him to find the jacket as he was a fanatic bottle and antique digger himself. A full circle story, a perfect birthday gift.

To close this great story with a funny side note, the wife of Shane started to laugh when he was telling about his latest treasure during his trip, and that what he found was maybe something valuable. But, when the top person from Levi’s decided to come over she knew she was wrong…It was the real deal. An unique item that’s now in hands of Levi’s again. 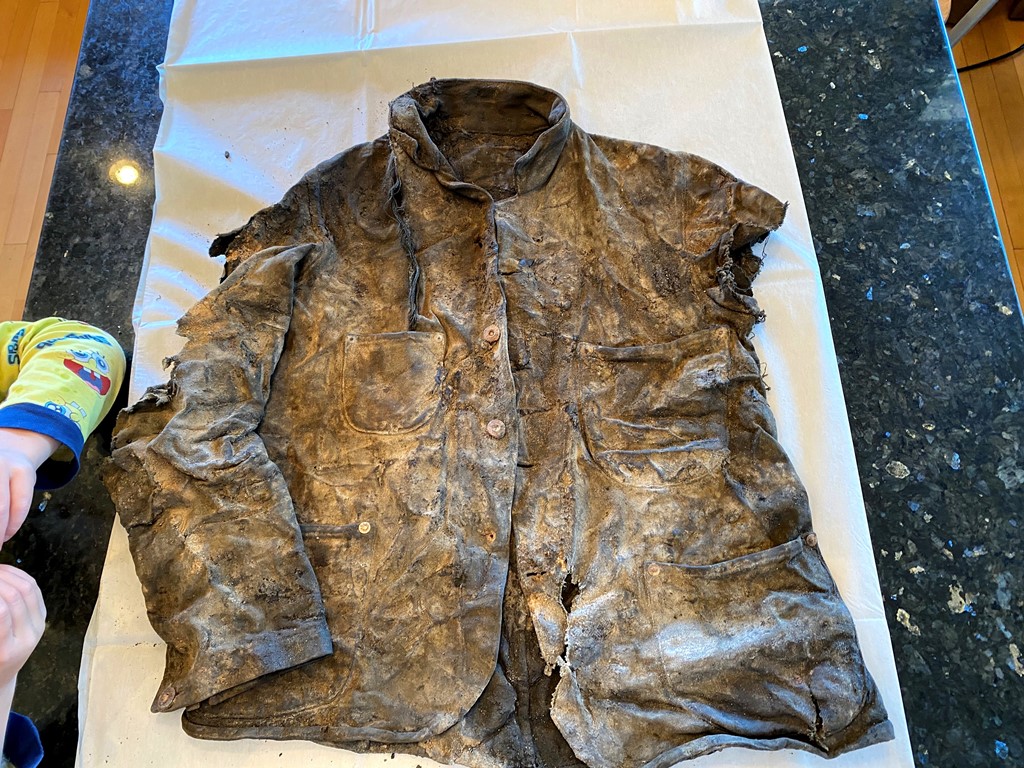 Read also the full story behind a pair of original Levi’s 501XX from the early 1900s that is found in a mine, part of my denim archive, here. 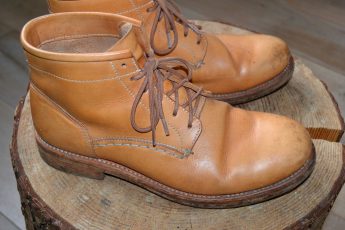