It Started A Revolution

The patent of the Levi’s rivet represents maybe one of the most important parts of denim history. At least, it started a revolution! These two original Levi Strauss & Co. rivets are from the mid-1870s. To be precise, they were made between 1874 and 1880. No one could imagine that this little copper rivet with a diameter of 9.6mm would make such an impact. 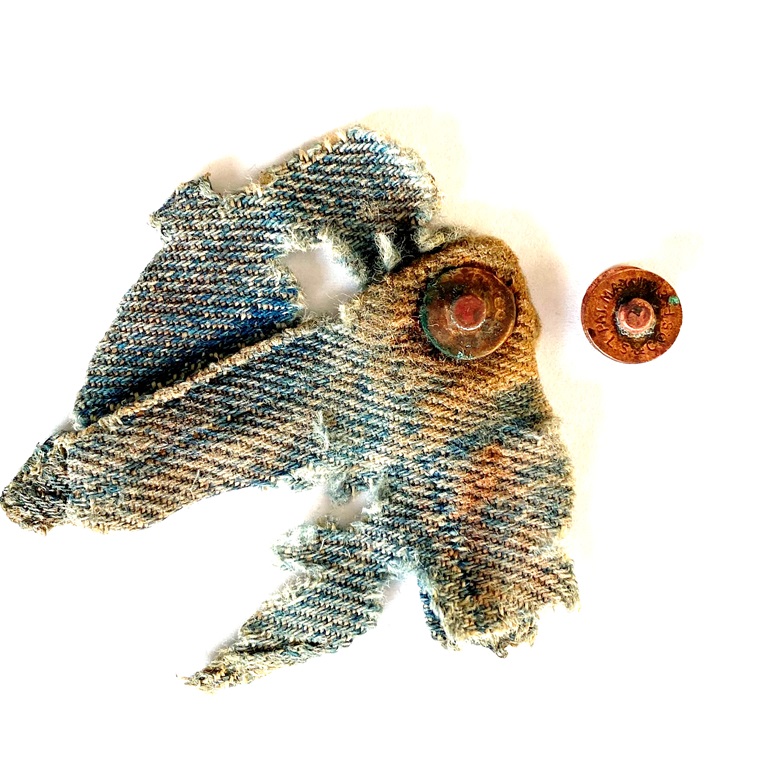 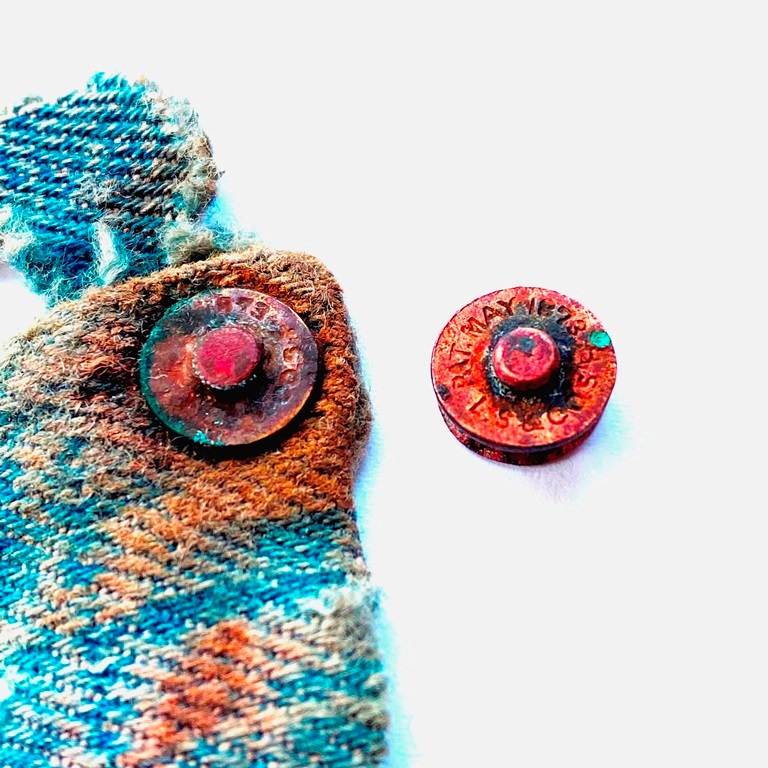 The idea of the rivet patent started when Reno, Nevada-based tailor Jacob David came up with the idea in 1871-2 to use the same rivets as he used to strengthen horse blankets on workwear pants after a women complaint that her husband ripped his jeans constantly while carrying (heavy) rocks in his pockets. So, on weak points, he decided to use these small copper nails to make them stronger, so they will last longer. As Jacob Davis didn’t have the roughly $68,- to pay for the patent he reached out to his fabric supplier Levi Strauss, at this point he didn’t make jeans yet. Levi Strauss had been a dry goods wholesaler in San Francisco for 20 years when Davis approached him about his great new system for making sturdy men’s work pants with metal rivets.

Together they got the patent on the 20th of May in 1873. This patent is known as No. 139,121: ‘Fastening Pocket-Openings’. Nowadays each, or almost all, pairs of jeans feature rivets.

The first pair of Levi’s jeans with rivets had one back pocket, two pockets plus the watch pocket in front, a strap and buckle on the back of the waistband to cinch the pants in, and buttons for suspenders to hold the pants up. 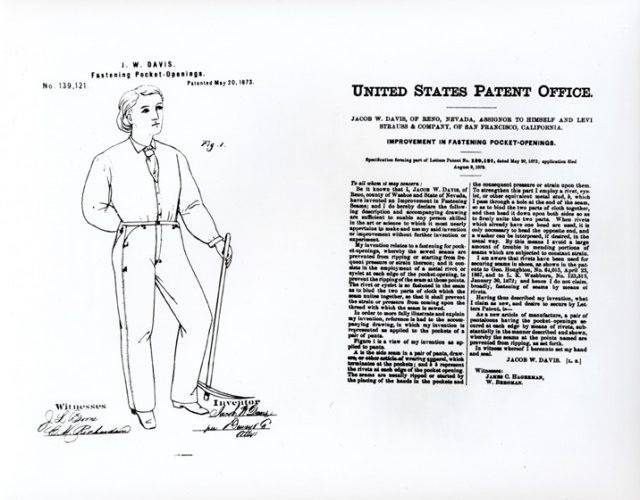 The Details Of The Levi’s Rivets

These featured rivets were only used from 1873 until 1880, they were the first Levi’s rivets which were stamped with info on the burr. The burr is the decorative component and is typically on the outside of the garment. The rivet is the fastener and pierces the fabric from the inside. The first rivets made by Levi’s were made in the first year of their patent, so from 1873 to 1874, were plain without any info on them stamped. So, the featured rivets can also be named the seconds as they were the follow-up and if you look closely you will see the patent date ‘May – 1873’ on them. To be precise, ‘Pat. May 1873 LS & Co SF’.

From 1880 until 1890, they used the same rivets but with bigger written info. And, when their rivet patent expired after 1890, they used ‘LS & Co SF’ on their rivets as everyone was allowed to copy them and make their own versions. And so they did, soon brands such as Stronghold, Boss of the Road, and Can’t Bust ‘Em to name a few developed their own rivets as the market was open for everyone. 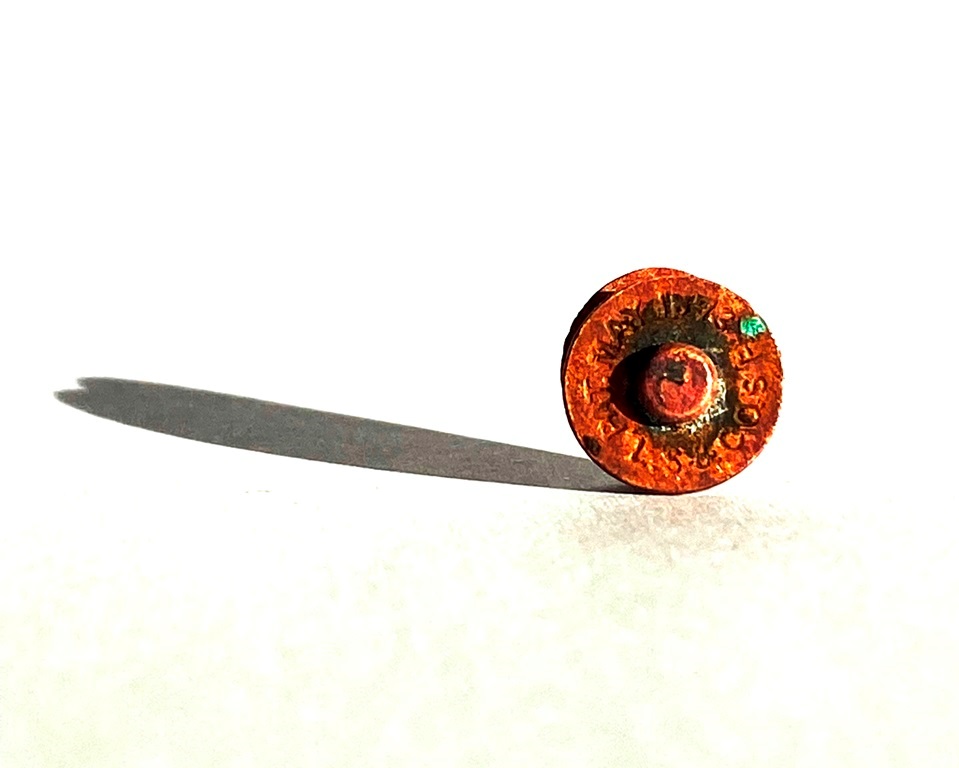 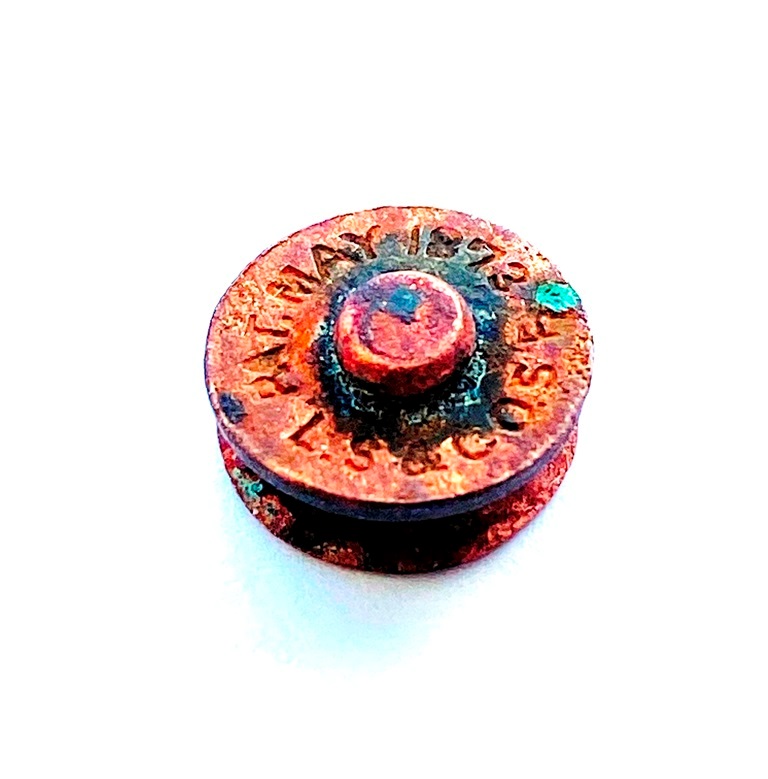 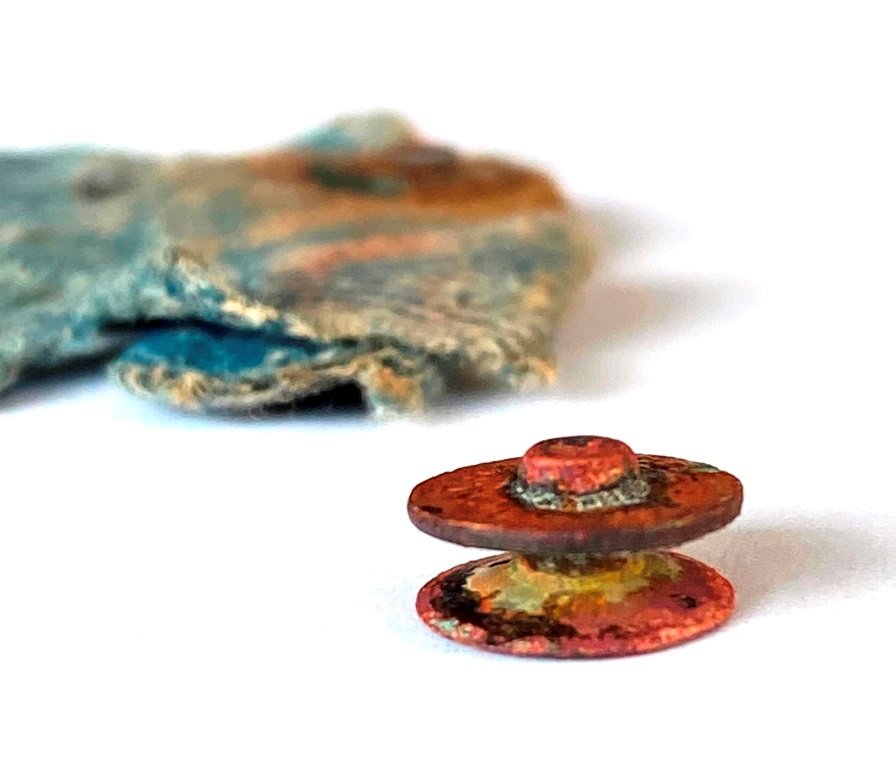 The Cornerstone In The History Of Denim

As said, the rivet might be the cornerstone in the history of denim. No one could imagine that such a small copper-nail should make such a big impact in an industry. These original rivets were found in an old mine in California and are almost 150-years old now. On one of the rivets is still a piece of denim fabric attached. It’s a small part of a back pocket of an original Levi’s miner waist overall. These rivets are such an important piece of denim history in my archive. 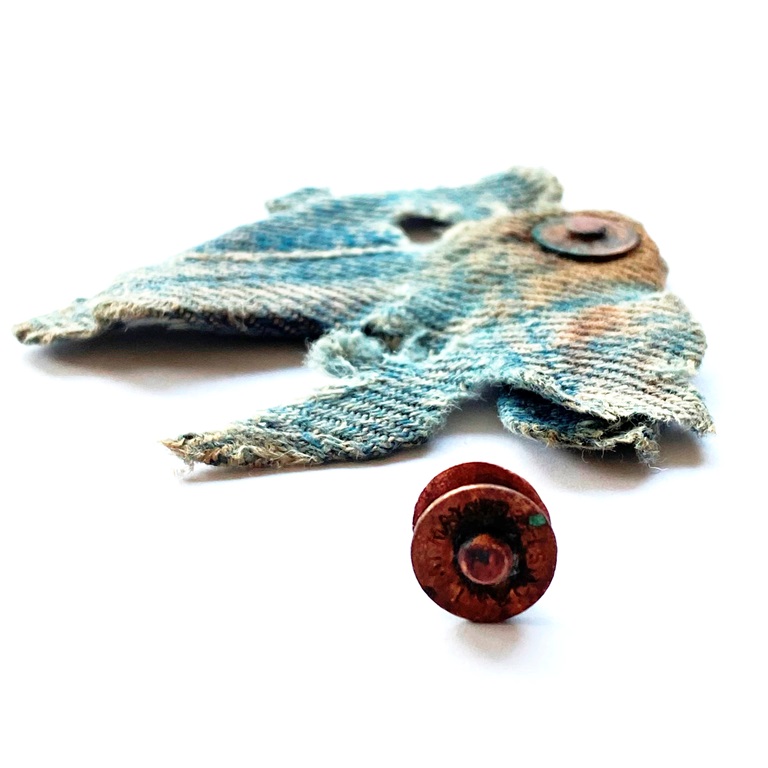 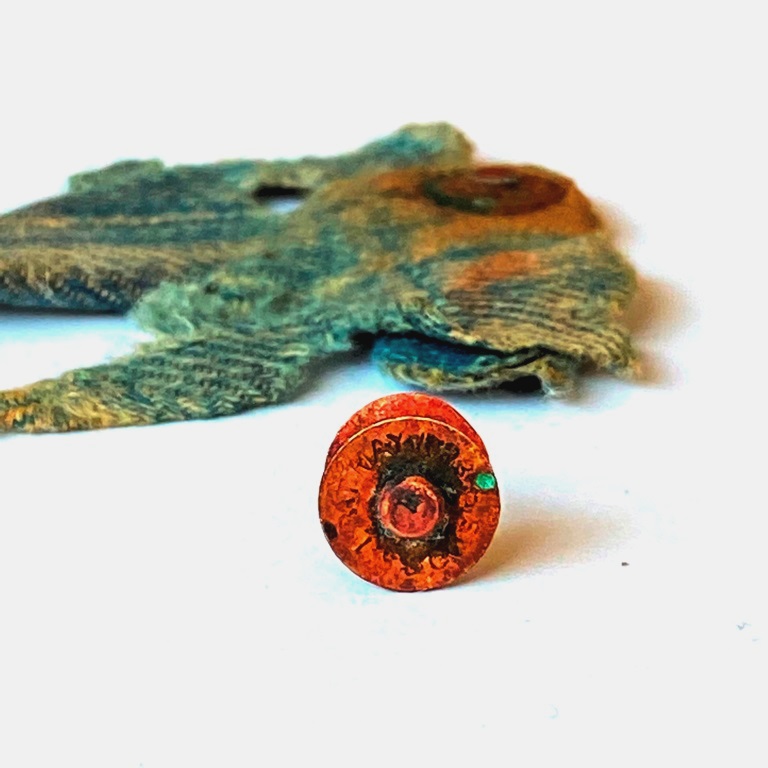 Some Selected Items from the 4.000 Pieces Vintage Collection from Nigel Cabourn Organic Soap Wrapped In Denim Paper By Three By One « Previous post
Asie Insolite Presents Mini-Documentary About Denim Mecca Kurashiki In Japan (Video)
Next post »
Guest Column: ‘Denim For All, And All For Denim’ For ISKO Denim