On the 23rd of September Eric Maggiori, the founder of Avant magazine will release his 3rd edition: An Anthology of French Workwear. After the successful launch of the first two editions last year, this new edition will all about French workwear and it’s long history. You will also learn how to recognize buttons on a French hunting jacket, and explain what Moleskin is. Discover the great history of miners from the North of France and their outfit of choice. The full history of the popular and famous Le Mont Saint-Michel brand will be highlighted too. And, you will walk down the aisles of the largest costume rental company in France.

There’s way more as Animal buttons on French hunting jackets, what is indigo linen, La France Travail, and a beautiful collection of old books, and so on. The content of the new magazine highlights French history from the workers, farmers, and the peasants during the 19th and 20th centuries. There’re interviews with the king of French workwear, Tom Gruat for example. He’s sharing his story and knowledge about this topic. He’s the leading reference. But also with Denis Bruna, curator in chief of the Musée des Arts décoratifs in Paris, and also with Frederic Marc Marion, vintage dealer, and collector of French workwear.

Also, six experts in French Workwear in Japan are sharing their stories. They will explain how it’s booming right now in Japan. And the guys from The Vintage Showroom are included too, so Douglas Gunn and Roy Luckett will share their story. Each Avant magazine comes with a unique and special made cover, also this edition. This time it’s painted by Geg Newbokld. There’s also a series of French antique pictures from the archives of Tom Gruat, Romainville’s town hall, and the Museum of Bretagne. Tom Gruat will share some of the rarest French pieces from his private archive too. You can now pre-order Avant: An Anthology Of French Workwear here. 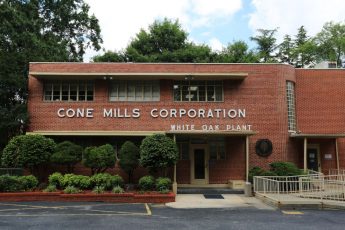 Innovations In Blue: An Exhibit By White Oak Legacy Foundation