The Amsterdenim Freddy jacket has been made and worn since 2014. The Amsterdam denim brand has been tried, tested, and received 5-star reviews from all over the world about the Freddy. So far they produced and delivered over 1.000 of these jackets since their launch. Now, they continue this denim jacket journey with a new funding campaign via Indiegogo. The Freddy denim jacket by Amsterdenim is available in three different versions; Heritage, Teddy, and Trucker. They’re all made with an unwashed denim fabric from the Italian Candiani denim mill. The Freddy Heritage is a classic raw denim jacket. It features no lining, chest pocket, and inside pocket with signature stitching visible on the outside.

The Freddy Teddy is the Winter version of the Heritage. It features the same details but is made with a teddy lining to keep yourself warm during colder days.

The third version of Amsterdenim’s Freddy jacket is the Trucker. The ultimate Winter jacket with faux fur teddy lining and side pockets! This is the most popular version of the Freddy family.

No matter which Amsterdenim Freddy denim jacket you buy, it is a lifetime purchase as it will become more beautiful the more you wear it each day.

Amsterdenim offers the Freddy denim jackets now via their Indiegogo funding campaign. Why Indiegogo? This Spring, their company operations were put on hold, however, the demand for this jacket keeps growing, so they decided to offer their bestsellers now via this campaign. They’re raising funds for one production run at their partner factory in Italy. Amsterdenim offers via this funding campaign also two extra options to customize your jacket. You can choose to get your jacket lasered at Denim City in Amsterdam, or you can have your name (max. 15 letters) embroidered by Zig Zag Borduurservice Amsterdam too.

Recap Of The Amsterdenim Funding Campaign

The Freddy denim jacket campaign will kick off and will start on Monday the 27th of June and will run until the 29th of July. The jackets will be delivered this December before X-Mas when they reach their goal of a €15K production run.

The jackets will be produced by a family-owned company called Trend Srl in Urbania and will be delivered (worldwide) in a special celebration box. And, good to know, if they don’t reach their goal, nothing will be made and nobody will be charged of course. The Recap Video Of The Campaign

Watch the recap of Amsterdenim’s campaign in the video here below, and register here to keep up to date! 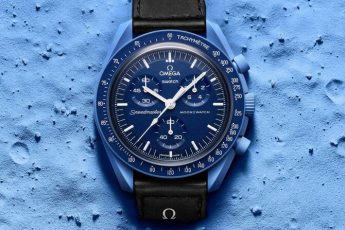