As it’s Thursday it’s perfect to do a Throwback to the 1990s, when Diesel jeans were dominating with their tv-commercials. The Italian denim brand was groundbreaking with its extraordinary marketing, in print advertising and tv-commercials. They worked with the most creative agencies and photographers around the world as David LaChapelle, Terry Richardson, Ellen von Unwerth, Rankin, and Erwin Olaf. In 1995 they also launched one of its most popular yet provocative campaigns ever, featuring two kissing sailors staged at the peace celebration of World War II. 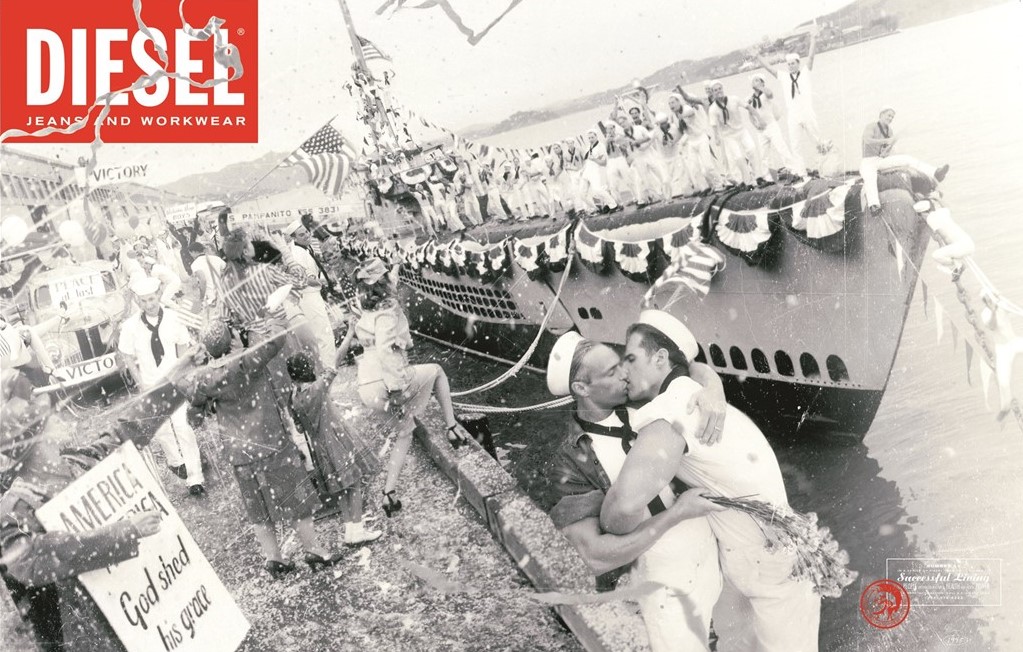 While the 1980s was about Levi’s commercials, Diesel made a name into the tv-commercial game during the 1990s. Most of their commercials were broadcasted via MTV, originally an initialism of Music Television, an American music television channel which was launched on August 1, 1981.

Authentic With A Twist

The first Diesel tv-commercials had a strong link to authentic workwear, but always with a unique twist. They did something new, something typical Diesel in that time. Later in the 1990s, they gave their tv-commercials a lot of humor too.

When their tv-commercials were broadcasted it was a true pleasure to watch, instead of the most really annoying commercials nowadays. Who remembers the legendary Mr. Philip who tested the durability of the Diesel jeans, or the Le look Plus Le Cool barbershop, or the 5 A.M Mono Village which won the commercial GP Cannes Lion price in 1997.

Sit back, relax and enjoy a selection of the classic Diesel tv-commercials on Throwback Thursday.