Music has always been a huge inspiration for everyone. It also reflects a period in your life. Some music songs are just like a pair of jeans, the older it gets, the better it gets. This is probably because music relates to your personal experiences in life. A feel good moment, and sad moment or a romantic one. But music can also be rebelious, just like denim. In fact denim has always played a big role into this. During the fifties youth started to dress themselves as rude boys after they saw movies with stars as James Dean and Marlon Brando. But also people in the music industry as Elvis, John Lennon and Bob Marley were spotted and dressed in blue jeans.

All those people were making a kind of statement. They wanted to express themselves through their roles in the movies and through their music. This is also one of the reasons that denim stands for freedom, rebel style, self expression, and many more. Those people are the backbone of the denim lifestyle.

A lot of musicians are dressed in cool blue outfits on their record sleeves. This Top 10 Denim Cover Record Sleeves list highlights some of them. Some iconic and milestones within the music industry, but also for the popularity of denim nowadays.

The Freewheelin’ Bob Dylan is the second studio album by American singer-songwriter Bob Dylan, released on May 27, 1963 by Columbia Records. Sticky Fingers is the ninth British and eleventh American studio album by the English rock band The Rolling Stones, released in April 1971. Ramones is the debut studio album by American punk rock band the Ramones, released on April 23, 1976 by Sire Records. Born in the U.S.A. is the seventh studio album by American rock singer-songwriter Bruce Springsteen. It was released by Columbia Records on June 4, 1984. 5) James Brown – In The Jungle Groove.

In the Jungle Groove is a compilation album by American funk musician James Brown, released in August 1986 by Polydor Records. Blah Blah Blah is the seventh studio album by Iggy Pop. Originally released in October 1986, on the label A&M. Totally Krossed Out is the debut studio album by American hip hop duo Kris Kross. It was produced and largely written by Jermaine Dupri and released on March 31, 1992, by Ruffhouse Records and Columbia Records. Hot August Night is a 1972 live double album by Neil Diamond. The album is a recording of a Diamond concert on August 24, 1972, one of ten sold-out concerts that Diamond performed that month at The Greek Theatre in Los Angeles. This also marks the first album released by the newly formed MCA Records. Like a Prayer is the fourth studio album by American singer Madonna. It was released on March 21, 1989 by Sire Records, 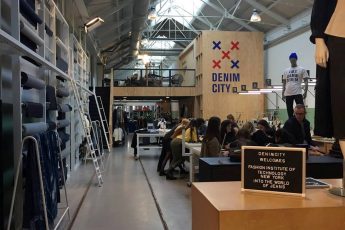