Vans just dropped their new denim patchwork footwear collection. The collection contains versions of their classic Slip-On, Authentic and Sk8-Hi styles. The Japanese brand FDMTL already did something similar with Vans when they teamed-up for their 10th anniversary. In case you missed it, check it out here.

The new Vans collection shows some different kind of blue shades on a very creative way.

“This collection was inspired by the quilting technique that was typically found on clothing as a way to mend and repair garments for longevity. With boro patchwork comes beauty out of necessity. We wanted to showcase the sturdy construction with denim and heavy stitching on our heritage footwear models.”

The inspiration for this Vans denim patchwork footwear collection came from the Japanse culture. In Japan they use the quilting technique on clothes to mend and repair their garments to extent the lifetime of it. These garments also known as Boro’s. In the past these typical blue indigo layered garments were used by poor people as farmers and fishermen to keep themselves warm during the cold winters. They also used the traditional Sashiko stitching technique as a decoration. Sashiko means little stabs. Most of the times the decorations are symbols on kimonos and other garments which were considered as spiritual protection. Some garments had stitched symbols hidden inside the garment to protect the body.

The Vans Denim Patchwork Footwear collection is available through their webstore and through some selected retailers worldwide. 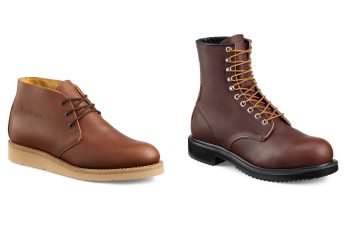