Next to the introduction of the first denim brand that used zippers in jeans, the 1920s was also the period that American brand Lee introduced Buddy Lee to the world. So, another important milestone in the history of denim. 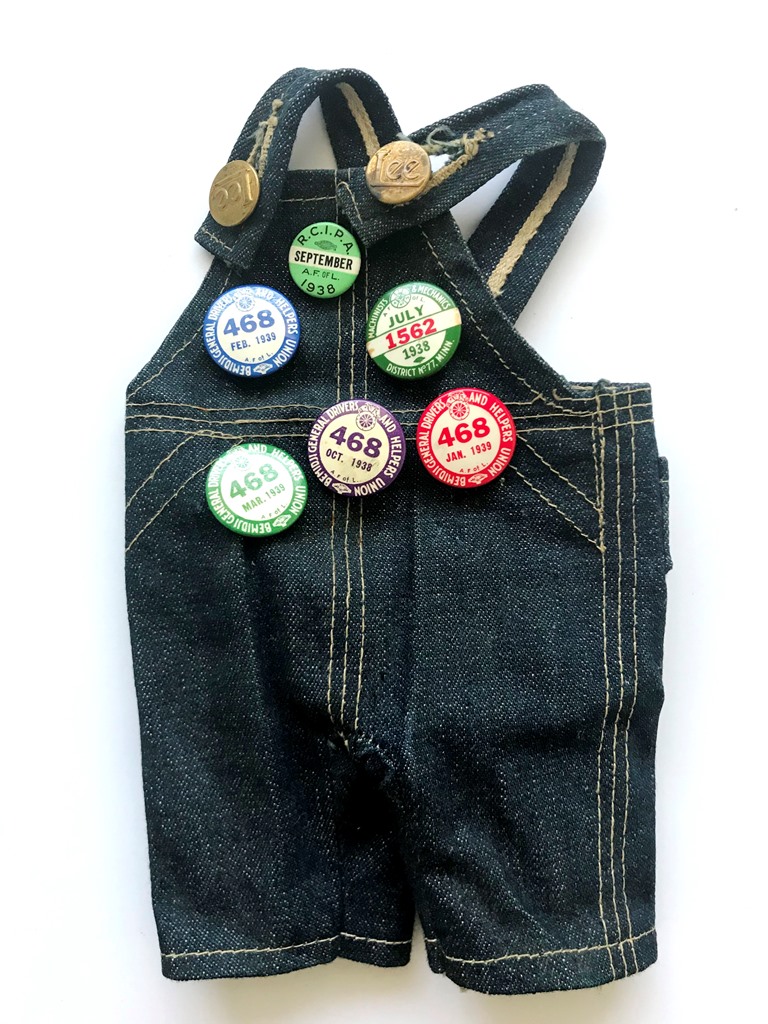 Buddy Lee is a doll that was introduced to promote the latest Lee outfits at their retailers. A very smart, and cool marketing and sales instrument. This doll became a huge success in store windows, but also at country fairs.

The first models were made of composition, and later of molded plastic. Nowadays, Buddy Lee is a true collector’s item. Same as the outfits of the doll. 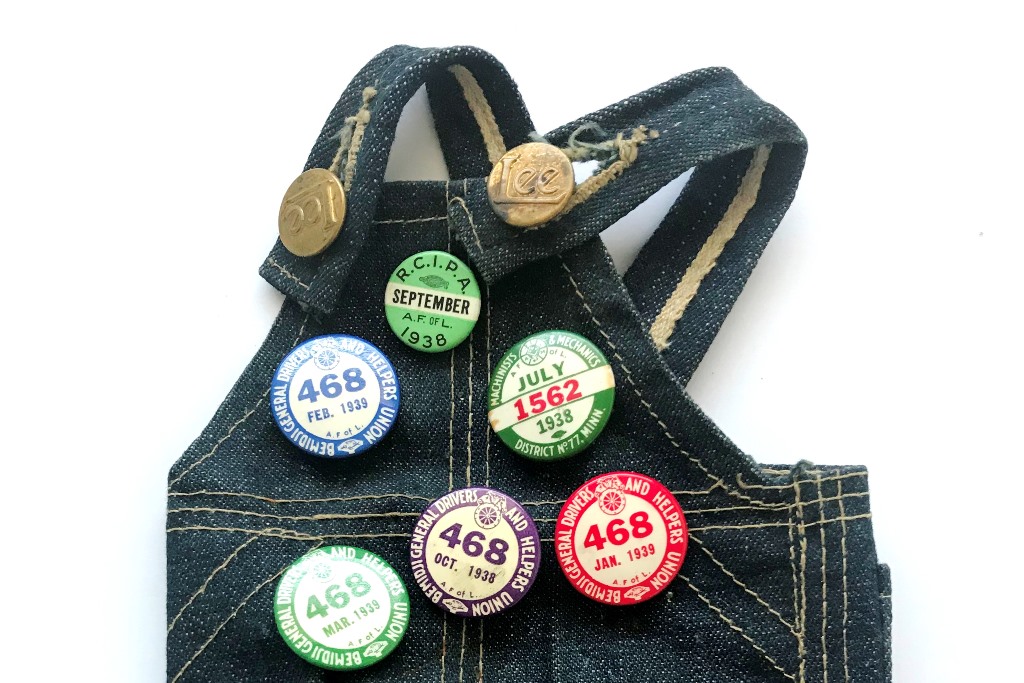 The highlighted overall from a genuine Buddy Lee dates back to the late 1930s, early 1940s. The overall is made with a plain selvedge fabric. On the overall are several original Union buttons added by the previous owner. I bought this overall via eBay and the seller shared the story behind this overall and the attached buttons.

The overall belonged to her grandfather’s husband who was a Norweigan immigrant who came to the United States to live in Minnesota. He worked at many jobs as a mechanic, meat cutter, and in construction too. He was also part of the Teamster Union in the 1930s, which you can see on the buttons.

A Teamster is a truck driver or a person who drives teams of draft animals. Originally the term Teamster referred to a person who drove a team, usually of oxen, horses, or mules, pulling a wagon. 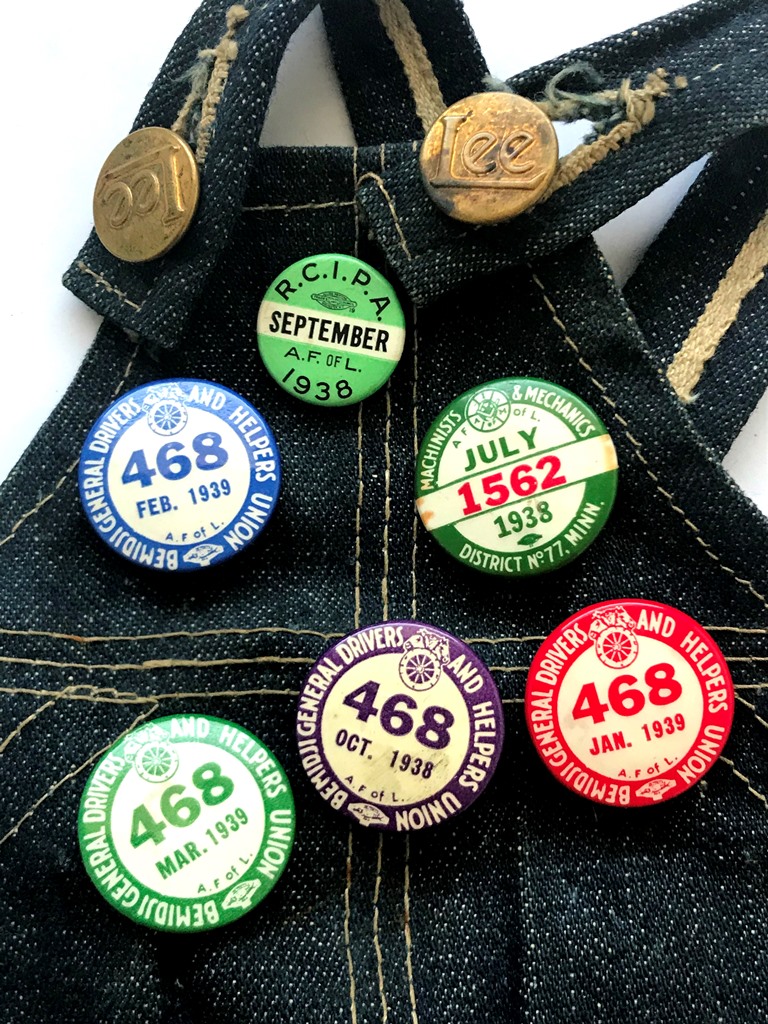 The International Brotherhood of Teamsters (IBT) is a labor Union in the United States and Canada. Formed in 1903 by the merger of The Team Drivers International Union and The Teamsters National Union, the Union now represents a diverse membership of blue-collar and professional workers in both the public and private sectors.

By the beginning of World War II, the Teamsters were one of the most powerful Unions in the country, and Teamster leaders were influential in the corridors of power. Union membership had risen more than 390 percent between 1935 and 1941 to 530,000. 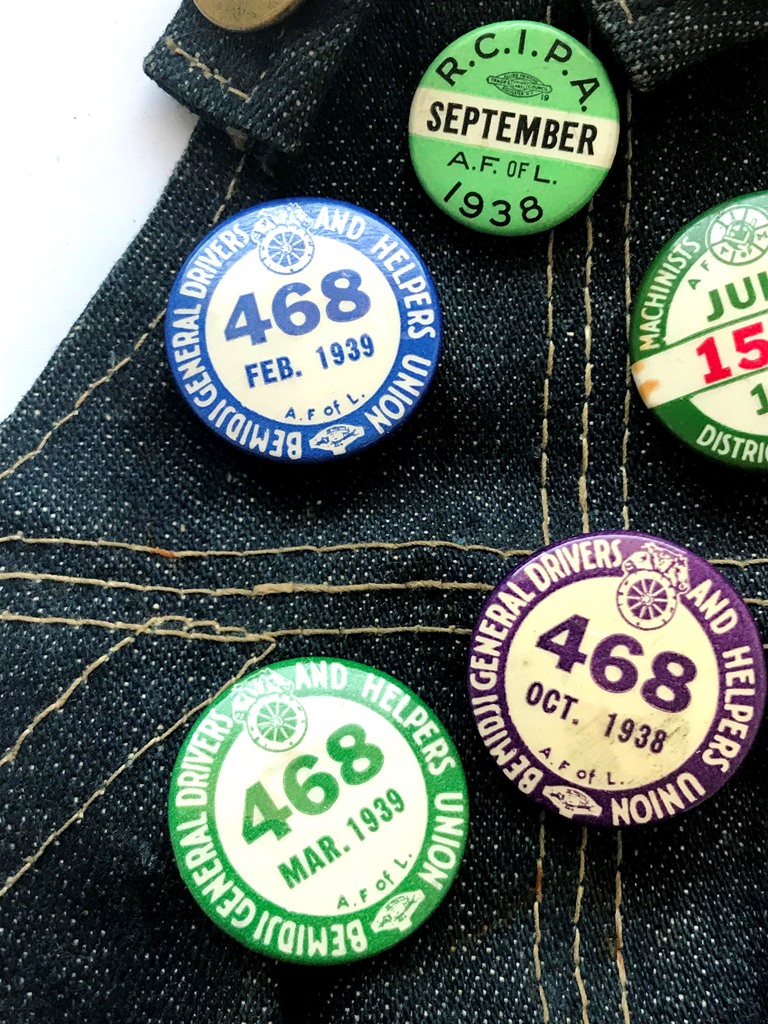 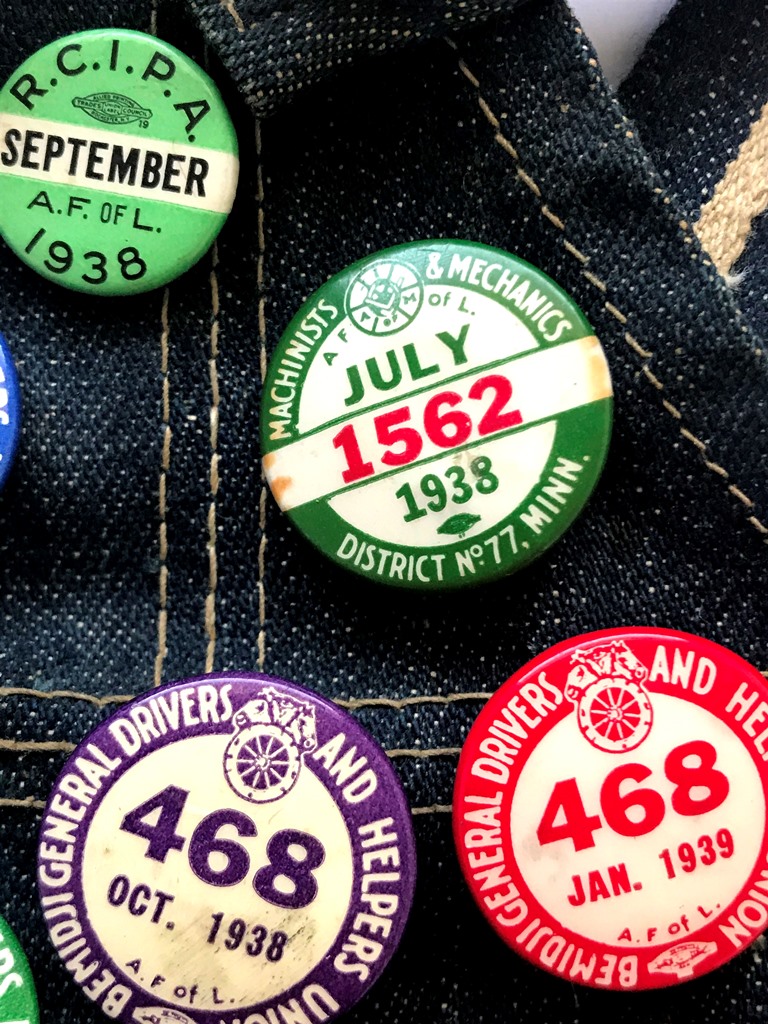 The vintage overall was on a Buddy Lee of course, but during the years the composition doll didn’t survive, unfortunately, so they decided to keep the overall alive, separated from the doll. The grandfather used to put his Union buttons on the overall of the Buddy Lee as a sort of display. And now, almost 100 years later, they’re still on the overall. The buttons date back to 1938 and 1939. They make the overall extra special, and unique.

The seller told me that he would have more original Union buttons, but these were the ones that were always on the overall when the doll was still alive and proudly standing in his living room. 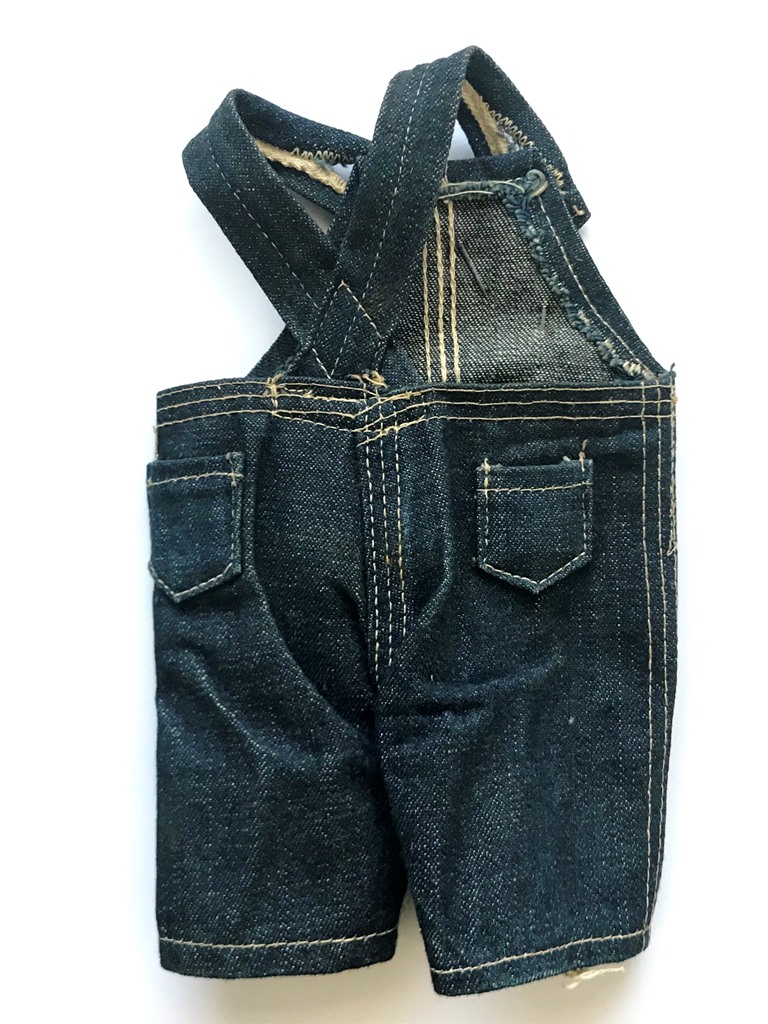 The overall is made of a right-hand selvedge fabric, which disappeared on newer versions. The two buttons show the so-called ‘looking-up ee’s’ with the long L’s. 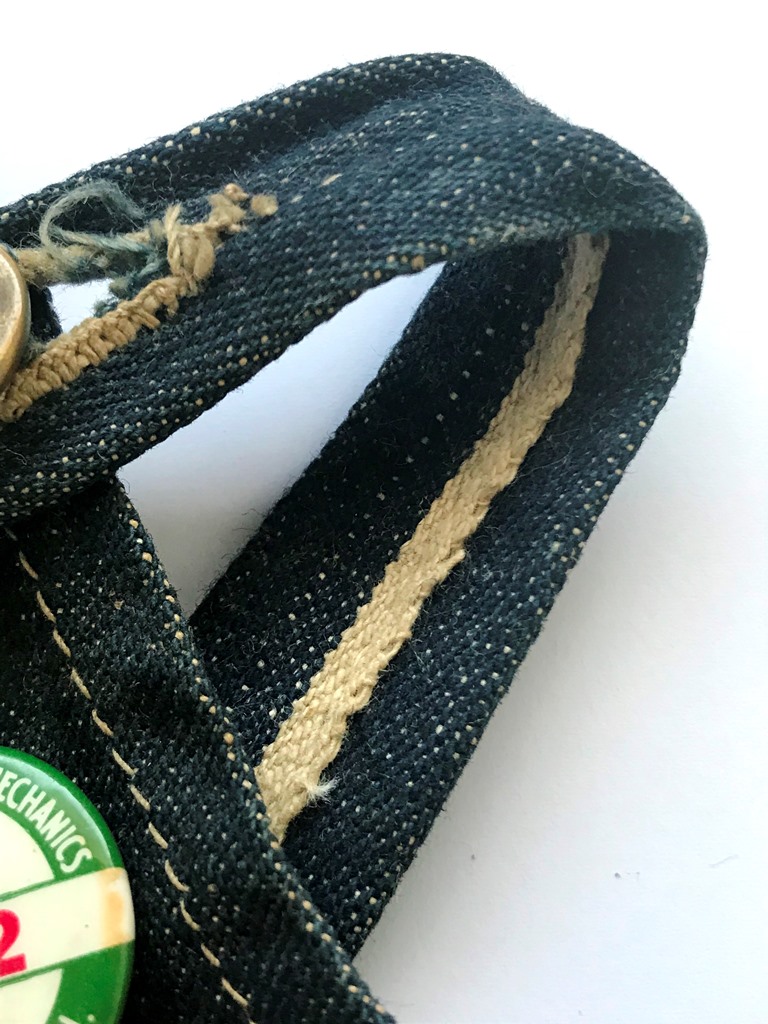 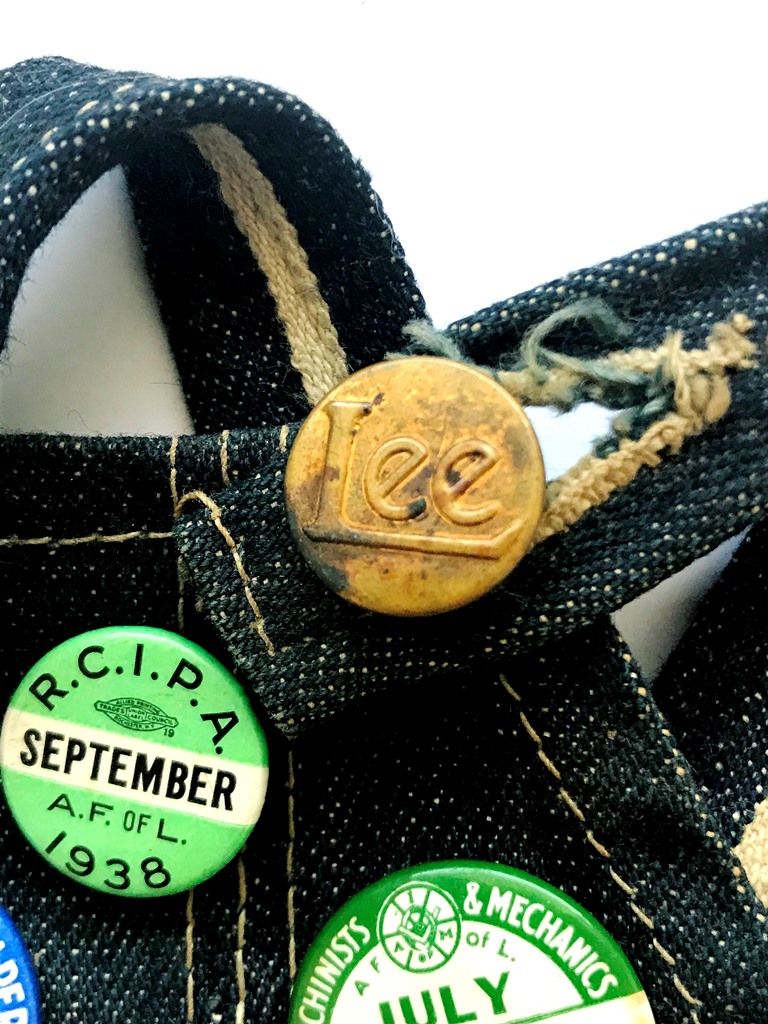 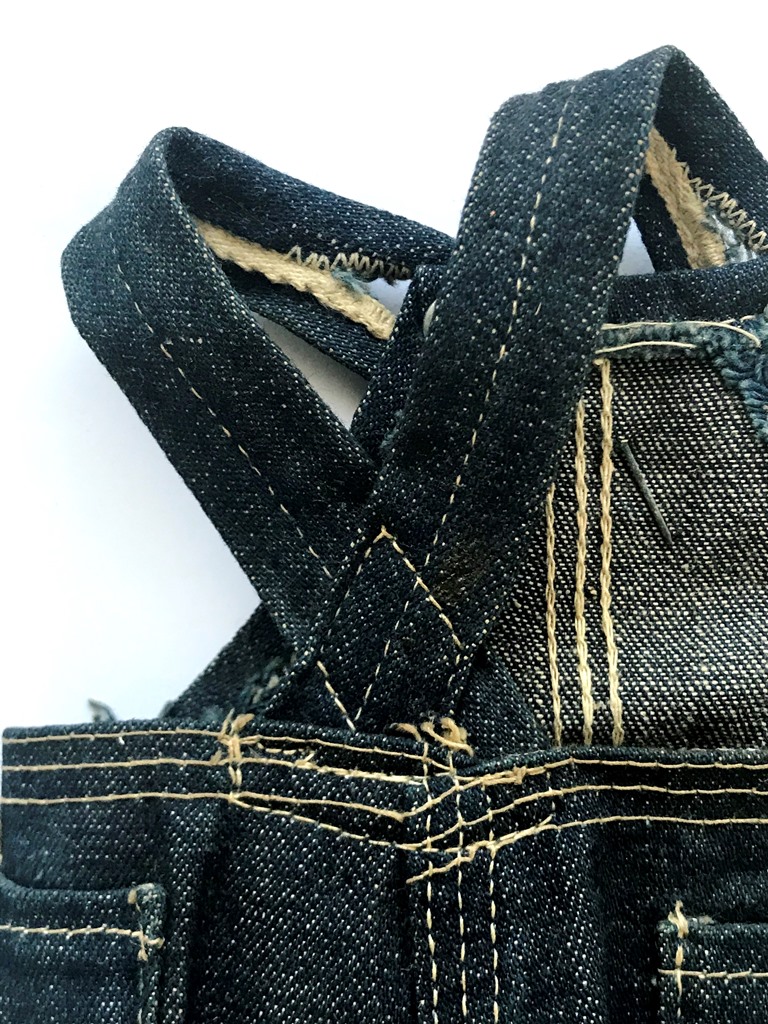 After so many years the overall is still in perfect condition and represents a part of the American denim history. And from the Teamsters Union. The Buddy Lee coverall is part of my denim archive. 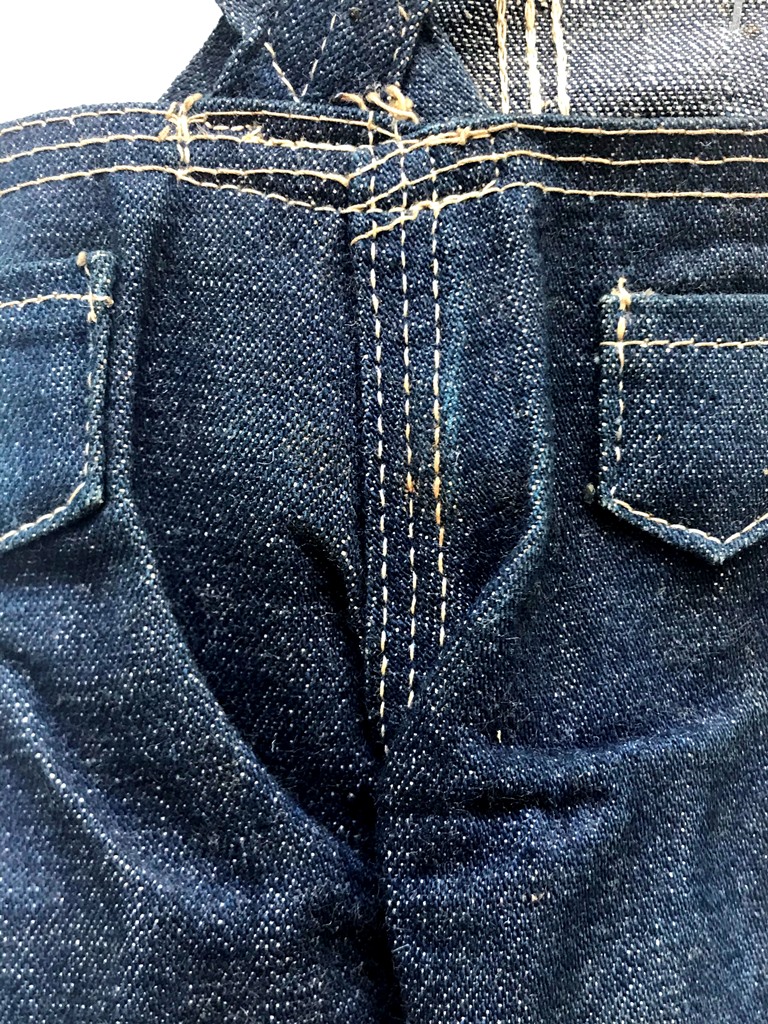 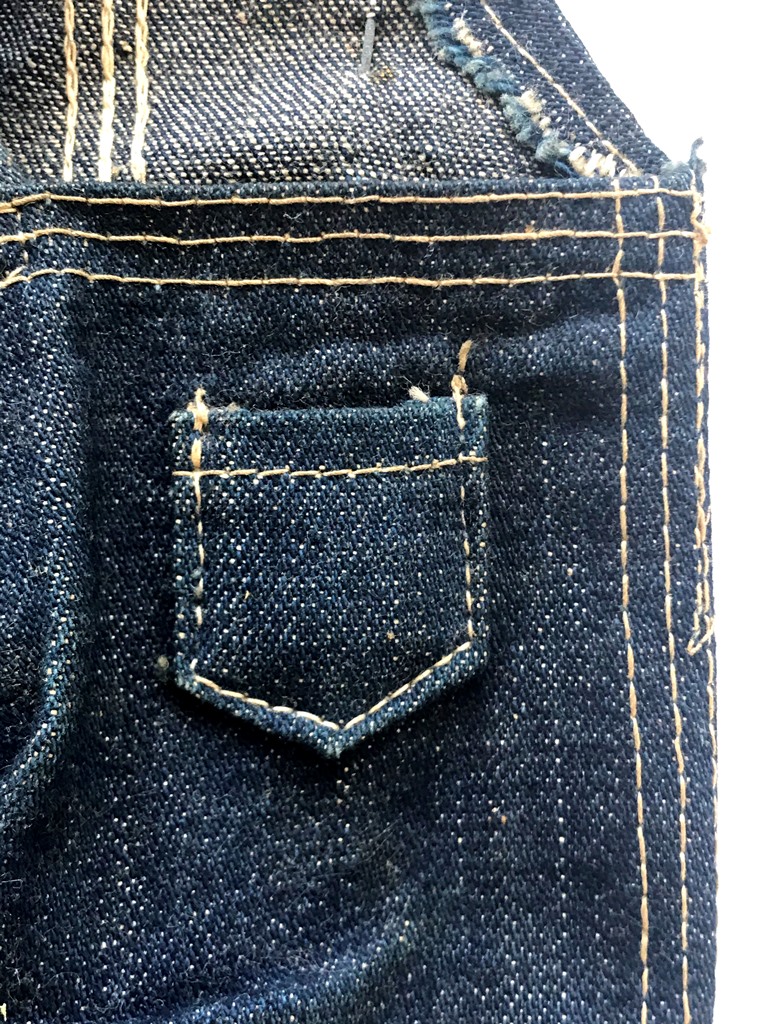 No. 3: Pretty Girls In 'Eat Dust Clothing' Is Killer Combination